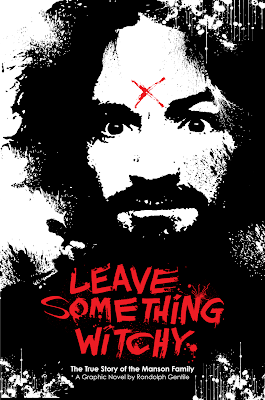 Leave Something Witchy is a true crime graphic novel by writer/artist Randolph Gentile.

Clocking in at 219 pages the graphic novel covers the formation of the Family through the murders and their eventual capture in late 1969.


The book explores the backgrounds of the major players in the family from their youth to their joining the group at Spahn Ranch. It also tells the story of the Lottsapoppa affair, the Hinman murder, the death of Shorty Shea, and of course, the Tate/LaBianca slayings.

It explores the Helter Skelter scenario as well as evidence that the murders that took place a half a century ago were copycat killings designed to free Bobby Beausoleil from prison.

Gentile, a former Marvel Comics artist and designer, spent almost 7 years researching, writing and drawing the project, speaking to Manson biographers and people close to Manson before his death.

He’s crowdfunding the project through Kickstarter offering the book both digitally and in paperback format.


Here is a preview of the book.