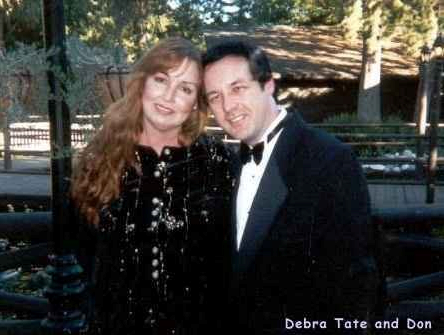 ﻿
Some who read this blog wonder why we are so hard on Debra Tate.  This post will present just one more reason why we think that Debra Tate disgraces the words Victims' Advocate along with her mother and sisters' memory of victims' advocacy each and every time she uses it as her title.

Don Wilson is an Elvis impersonator, a recording artist, song writer, production consultant and has his fingers in many pies related to the entertainment industry according to his profile page at Linkedin.  At the end of his profile summary he states that he is Debra Tate's assistant. 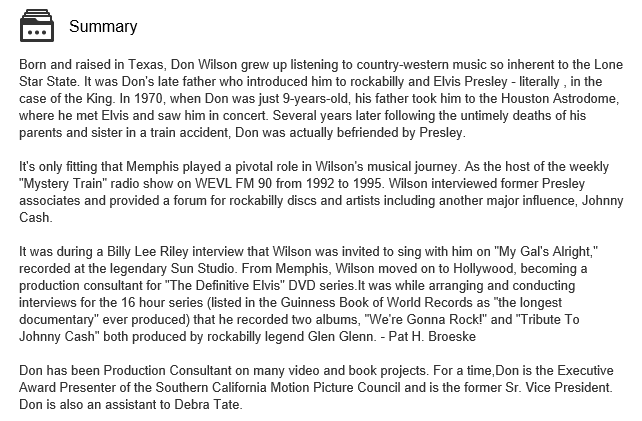 As recently as this past week Don Wilson has been posting like crazy on his many social networking accounts Facebook, Twitter, Tumbler and Pinterest  about a petition that Debra Tate is circulating to ask Governor Brown to veto Bruce Davis's parole.  With Debra's knowledge and  approval he has asked people to sign this petition and she has publically thanked him for doing so. 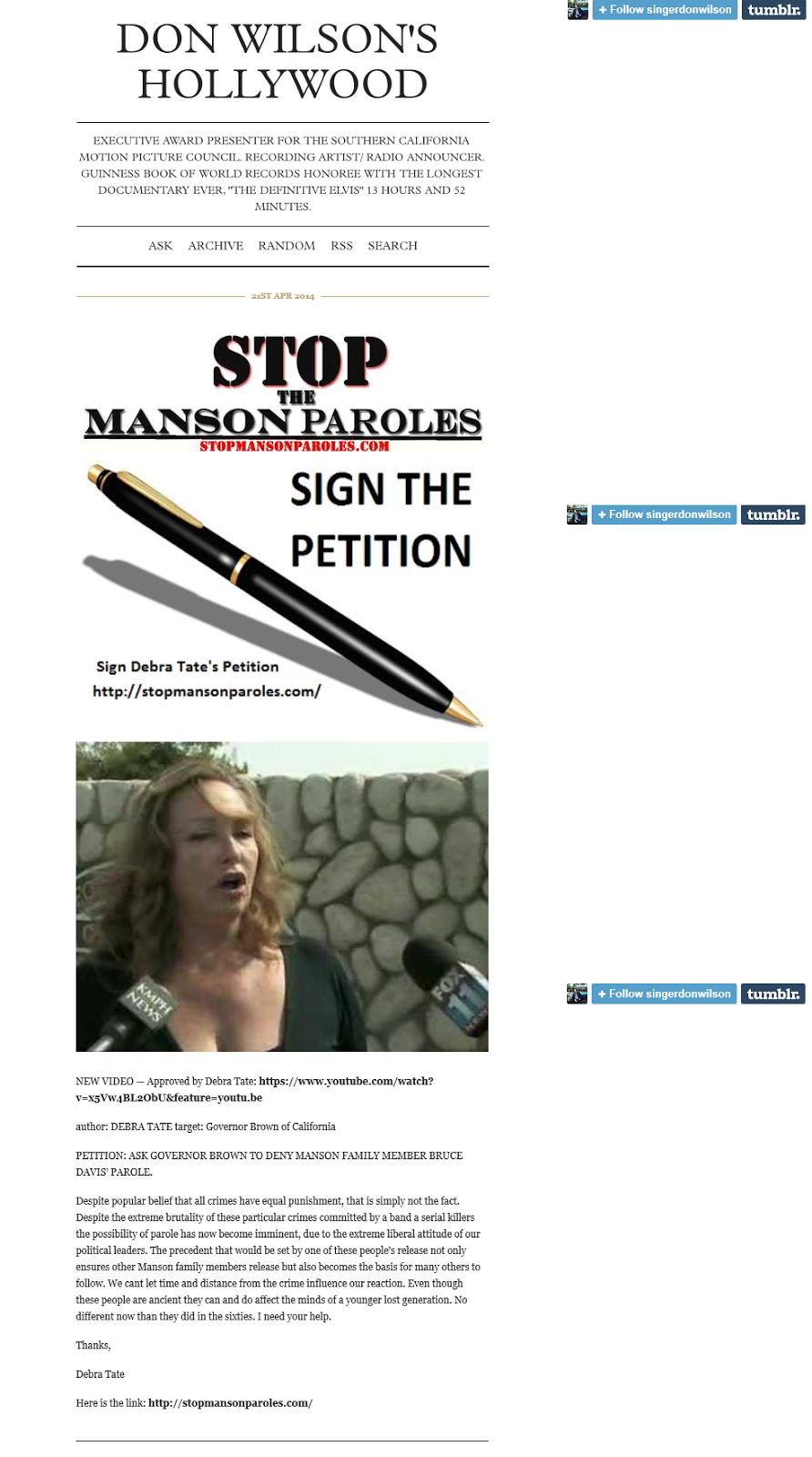 Don Wilson is a convicted sex offender.  He plead guilty to two counts out of the 37 counts he was originally charged with involving lewd or lascivious acts with a child under 14 years of age.  He worked out a plea deal which is done in many cases involving children to spare the child the stress and anguish of testifying in court. 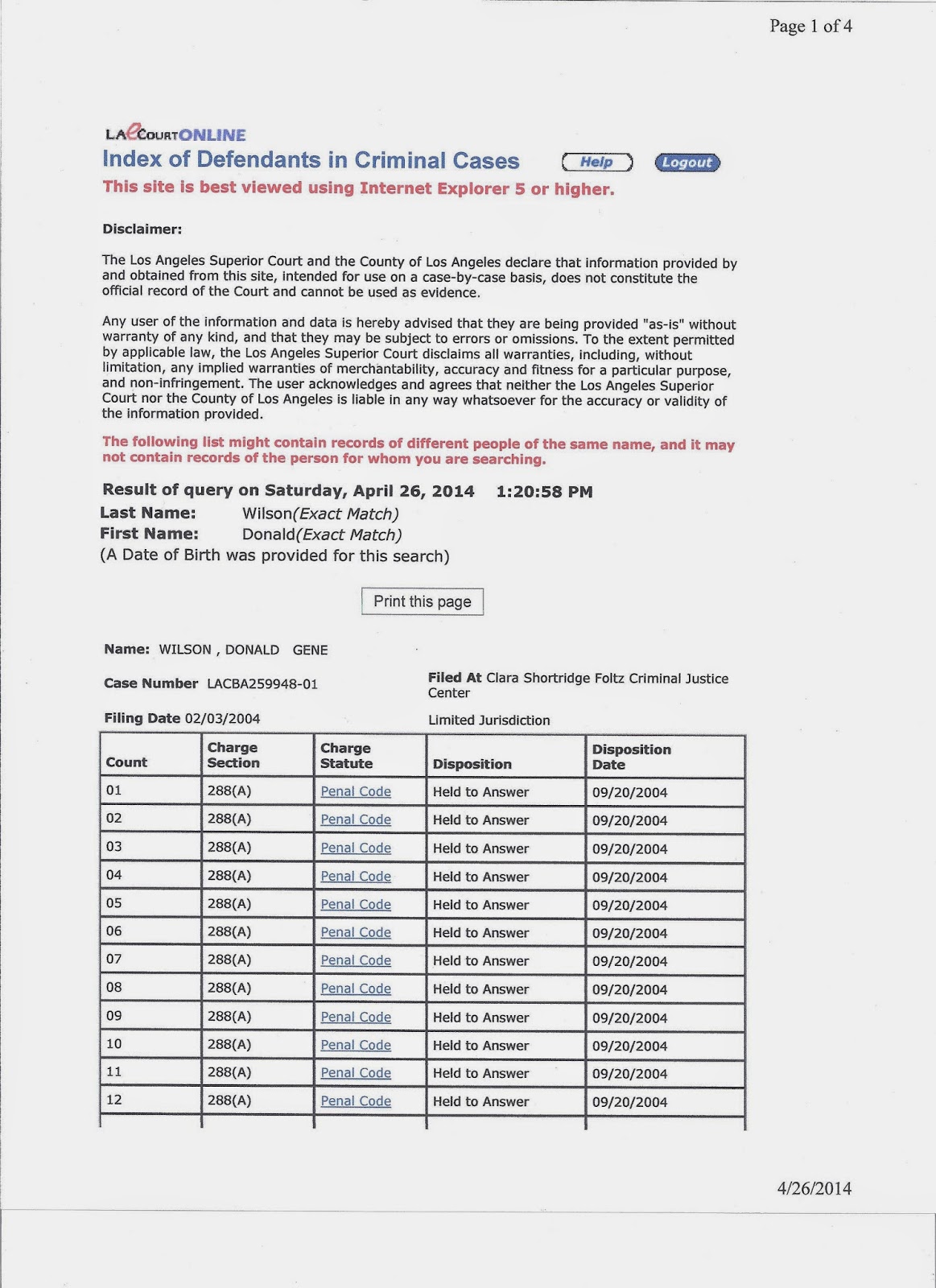 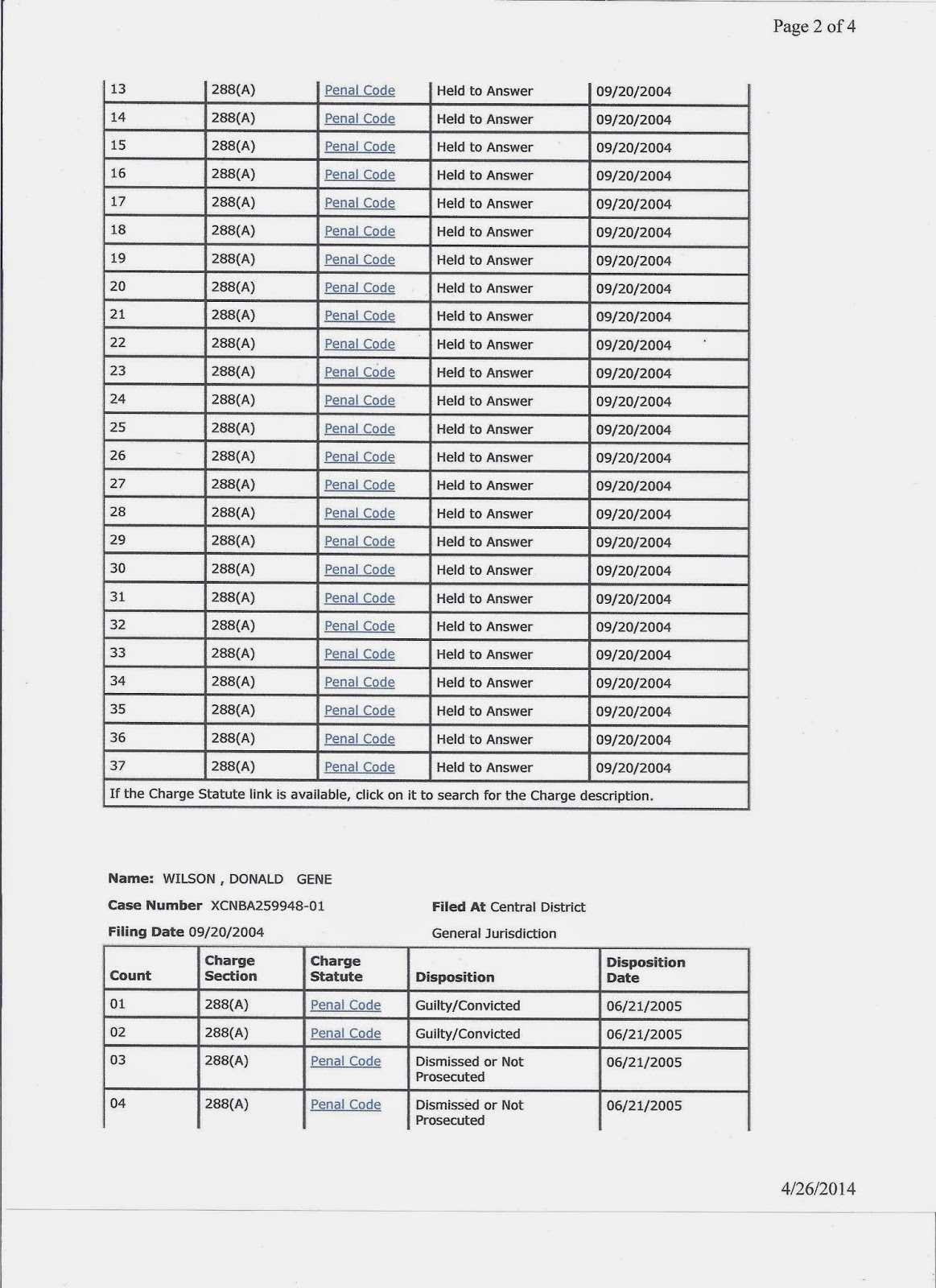 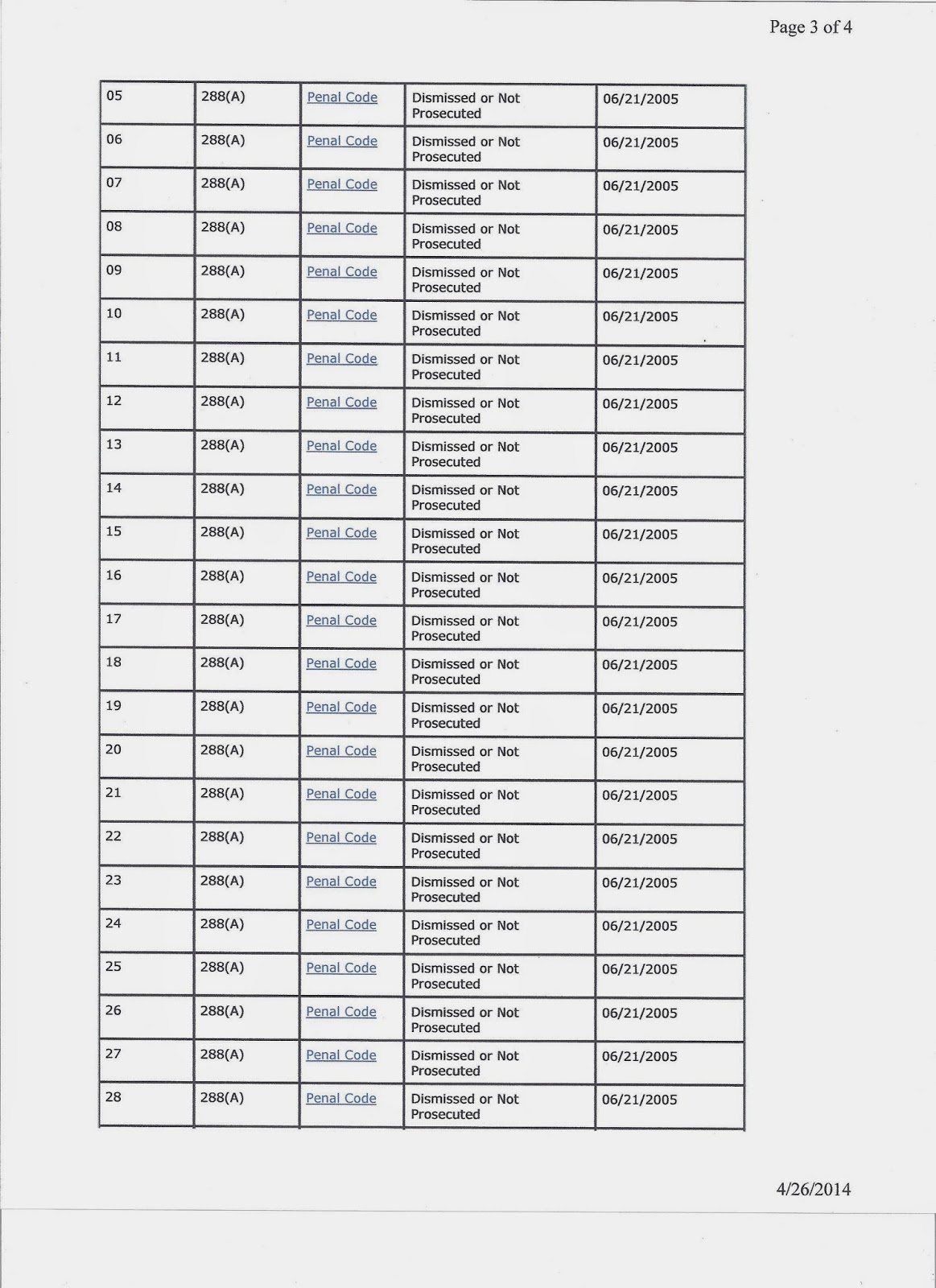 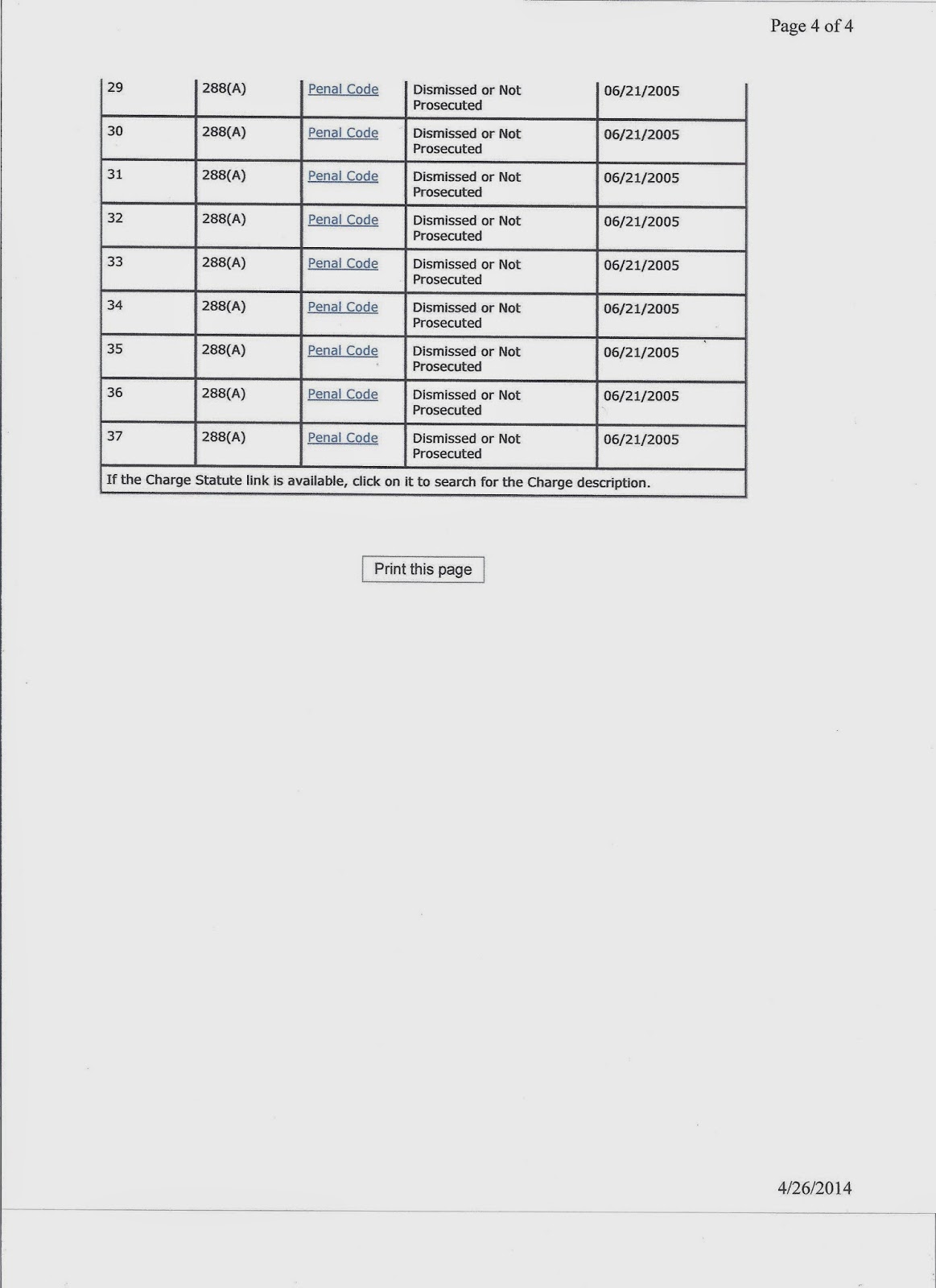 The fact that Don Wilson is a registered sex offender is not new news.  He was arrested in 2004 for these crimes and convicted in 2005.  There was plenty of chatter on blogs and forums about him and his association with Debra Tate in both 2005 and 2006 with extensive dialogue.  Debra is not ignorant to his crimes.  What is new is that Debra continues a relationship with this guy by employing him as her assistant and condones him acting on her behalf.

Doris Tate found herself in a similar situation with Bill Nelson.  The difference between Debra and her mother is that Doris ran as fast and far away from Nelson as she could when she learned of Nelson's child molestation conviction and Debra seems to have run directly to Don Wilson offering him an assistant's job and allows him to be a spokesman for her work as a victims advocate.  Where is Debra's compassion for Don Wilson's victim(s)?

I think most people faced with a situation as this would distance themselves from that person and try to surround themselves with people who are above reproach.  Not Debra.... 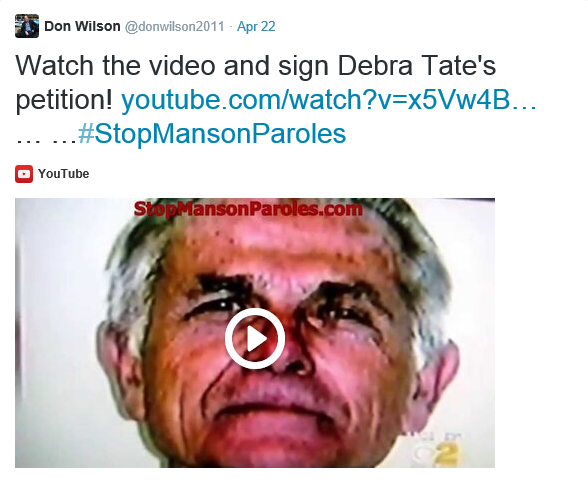 Colonel Scott published a couple of posts about Don Wilson and his sex offender ways back in 2005/6 with some informative comments by his readers.  As usual the Colonel was on top of the story thanks to his contacts at the now defunct Killed The Sixties forum who first revealed Don Wilson as a sex offender.

And a link to a Google Groups thread on Don Wilson