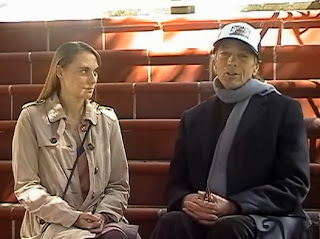 Here is a link to Robert Ackerly aka Christopher Wheat (That's right, wheat) aka Bobby BEL and his daughter Amy in the Haight Ashbury this year, talking about the BEL's time there from 1966-1967. Robert is a founding member of the Brotherhood of Eternal Love (aka BEL, "The Tribe" or "The Church"), who gave a lot of money to the Diggers' free kitchens and the Haight Ashbury Free Clinic. He has a website here and also runs Youtube Channel "Bobby BEL." At one time he had a show on NoCal community television called "Santa Cruzin'." The camera man is identified as "Brother Fleet," who has been around "since the beginning."

Some Highlights from Clip 1:

2:16: "I'd known him from before at the Steiner Street house. He had this crash pad. We were selling acid on the streets." Sellin' acid! 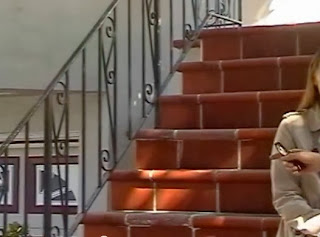 2:40 "I met these girls who had a hash connection and pretty soon it just began to blossom." Sellin' acid AND hash!

5:30 "We had three hundred pounds of pot right there in that garage."  Sellin' acid, hash, AND weed! 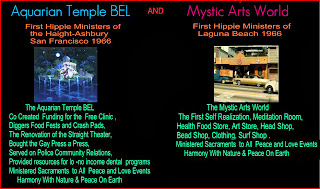 6:55 "We funded the free clinic." Patty wonders aloud if he ever had a seafood dinner with Gibby Folger?

8:20 "Fat Bobby was a gay dude the Joker met in Pasadena." The Joker? Was he also a Gypsy?

9:00 "(Steve) stole the DMT connection, and took it to Laguna Beach where he blew up his house. Instant Karma." (Footnote: In hippie, "instant karma" is a catch all that means something akin to "fugettaboutit.")

Some highlights from clip 2:

1:05 "Johnny Griggs came up here when Orange Sunshine first came out...and, uh, made some phonecalls you know, and started setting up a distribution system...Elliot Miller (aka The Joker) is another brother from Anaheim that nobody knows about, and he had a whole network." 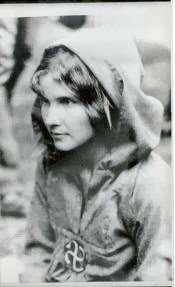 2:00:Eric Clapton and Ginger Baker were in there because these girls knew 'em. And so, uh, 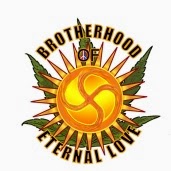 they made this movie called "The Trip" or something (He means Revolution) with Today and all that. I was supposed to be in it, but I forgot about it. Spaced out."

5:40 "Diana made us these robes. Our Haight Street robes, like a monk. You know the robe, I used to take her around on Halloween when they were little kids with my shotgun and my Afghani...ha ha ha...That's right...Amy and Andrew grew up in Hawaii."  Say what? You used to wear a religious robe around the Haight? Huh.

8:00: "It first started getting weird when they did a casket on Haight Street, and buried the hippies. The hippies are dead: that means it's come to an end, you can't label us." We will call ourselves slippies, instead!

8:40: So, a lot of people started coming into the Haight that were pretty much criminals."

9:45: "Hells Angels had cops in town that worked for the police."

14:30. "So we took off, and we had some friends up in Potter's Valley...and that was the end of The Haight." FYI, people, Potter's Valley is just a hop, skip and jump from Ukiah and Booneville. The core members of the BEL were there when The Family was, too. And weren't "The Witches" dealing acid to the local kids?

Patty can only say ooEEoo so many times: so many coincidences. So many parallels. So many connections. The elder hipsters say it all the time: "What started out as a good thing went bad." They are not lying. But they are not telling the whole truth, either. The murders were horrifically shameful, especially given everyone's initial intentions. No one wanted to admit that anything they might have done personally helped to set the wheels in motion that crushed five (no, make that six. No, make that eight. No make that nine) innocent people. No one could admit to having met or having known anyone else. It was too risky, scary and shameful to do so, and it may still be, who knows?

In 1969, Charles Manson became the focus of a magnifying glass that we (all of us) used to bore a hole right through him. He was and still is the repository for a hell of a lot of guilt, and shame, and fear. Charles Manson is absolutely not a serial killer, but Patty truly believes that he was probably a "hippie mafia" middleman and enforcer. It's an important distinction, no? 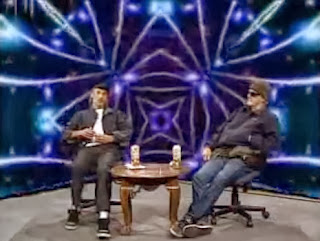 And because Patty loves you, here is your lagniappe regarding the 2009 arrest of Brenice Lee Smith:

2:10: “so now that the story’s coming out, the Senate investigating is over right now uh… because of the last case two years ago… we can tell our stories and they can’t do anything to us, and all that kinda stuff.”