Jay Sebring Is the Godfather of Men's Hairstyling. So Why Haven't You Heard of Him?

The first celebrity men's hairstylist was murdered by the Manson Family. Now, a new documentary tells his whole story. 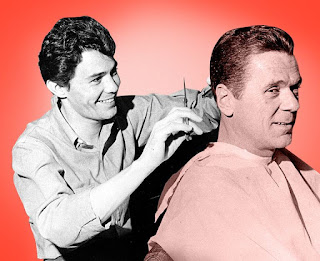 Let's get this out of the way first: on August 9, 1969, members of the Manson Family murdered pregnant actress Sharon Tate and four friends in cold blood. You know the story. It sent shockwaves through the nation that can still be felt in our culture today, decades later (see, most recently: Once Upon A Time In Hollywood). As Joan Didion famously said, it was the day the '60s ended. Charles Manson and his murderous followers became mythic boogeymen, but as their roles in American culture were cemented, the lives and legacies of the victims faded away.