The Manson Trial In Art News

The Summer 2016 issue of Art News magazine is dedicated as a "Crime Issue" and  includes an article entitled "Trial & Image" by Phoebe Hoban about the artists who make illustrations for news outlets during criminal trials. 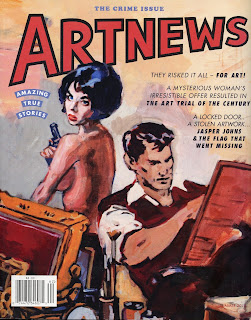 One of the artists mentioned, Bill Robles, is responsible for what the article calls "perhaps one of the 20th Century's best-known court images," namely Robles' sketch of Charles Manson leaping over the defense table to attack Judge Charles Older with a pencil after Older refused to let Manson ask questions of a prosecution witness whom the defense lawyers had declined to cross-examine. 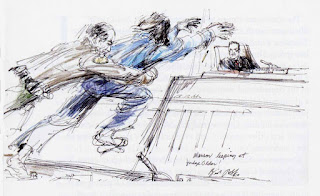 "Robles' famous Manson lunge is an exciting blur
of motion rather than a minutely detailed drawing."

The article also gives some space for Robles to reminisce about his time at the Manson trial: 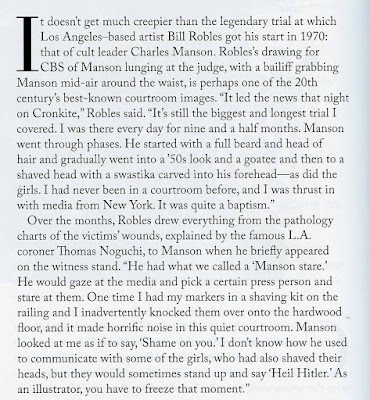 Robles' recollections are interesting to any student of the Manson case, but I was surprised by his claim that Manson's co-defendants "would sometimes stand up and say 'Heil Hitler.'


Heil Hitler?  I've read a lot about the Manson trial, but I don't recollect ever hearing that the girls stood up and said that. Can anyone direct me to a source that corroborates Robles' memory?

Or did Robles misremember?

(Or was the author of the article just sloppy in recording whatever it was Robles said that the girls said?)