Ever had one of those "holy crap" moments when looking at something you've seen many times before because something jumps out at you that you never noticed previously? Well, I recently did! Which brings me to these two photos.

The first was discovered while searching through raw news footage on YouTube (courtesy Backporch Tapes). It's taken from Manson's arraignment in Inyo Co. on December 3, 1969. After checking with people who knew him, we believe that it is Paul Tate against the wall wearing sunglasses (he appears at 0:12): 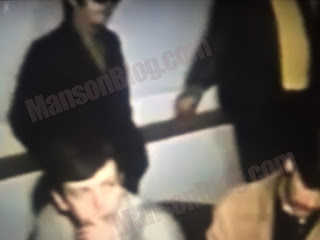 The second photo for comparison is of Tate at Sharon's funeral: 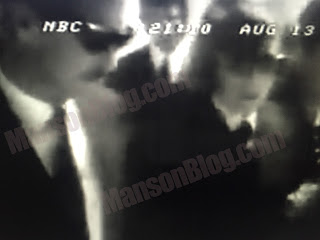 In Restless Souls, Alisa Statman wrote that Tate was there to see Manson at his LA arraignment on December 9 and locked eyes with the man that may have masterminded his daughter's murder. Some have disputed this as fabrication on Statman's part.

Was Statman mistaken about the location? Was Tate at both? We'll probably never know for sure, but with this photo, (for me, at least) , the top photo proves that Paul Tate was at Manson's Barker Ranch Raid arraignment - before the public was even aware that a Charles Manson existed!