The Law: Conspiracy to Commit Murder, Felony Murder and One for the Colonel

It seems to me that these topics come up frequently. 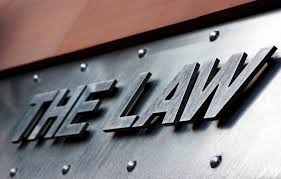 The defendants in the Tate-LaBianca trial were indicted for murder and conspiracy to commit murder. At the conclusion of the trial Vincent Bugliosi also sought an instruction to the jury on the felony murder rule  due to Linda Kasabian’s claim she thought she was going on a ‘creepy-crawl’ the night of Cielo Drive and her description of a ‘creepy-crawl’. He also based the requested instruction on the residential invasions, cash, clothing, wallet and food taken on the two nights, the felonies of burglary and robbery.

The key impact of both crimes is that Conspiracy to Commit Murder and Felony Murder do not require the defendant to actually kill anyone or even be present when someone is murdered to be guilty of murder. That, of course, rather obviously is directed at Charles Manson.

The third area of the law, below, relates to the oft expressed statement that if a witness commits perjury during a capital trial (a murder trial) that they are guilty of murder. Not exactly.


The statute is California Penal Code section 182. It may have changed since 1970. Here are the actual 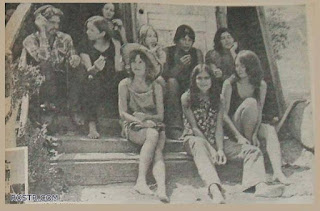 jury instructions from the Tate-LaBianca trial. Jury instructions are based upon and generally paraphrase the statutes, in part, and add legal concepts developed by appellate courts. In other words, they are an accurate statement of the law.

“A conspiracy is an agreement between two or more persons to commit any crime, and with the specific intent to commit such crime, followed by an overt act committed in this state by one or more of the parties for the purpose of accomplishing the object of the agreement.

In order to find a defendant guilty of conspiracy in addition to proof of the unlawful agreement, there must be proof of the commission of at least one of the overt acts alleged in the indictments. It is not necessary to the guilt of any particular defendant that he himself committed the overt act if he was one of the conspirators when such an act was committed.

The term "overt act” means any step taken or act committed by one or more of the conspirators which goes beyond mere planning or agreement to commit a public offense and which step or act is done in furtherance of the accomplishment of the object of the conspiracy.”

“It is not necessary in proving a conspiracy to show a meeting of the alleged conspirators or the making of an express or formal agreement. The formation and existence of a conspiracy may be inferred from all circumstances tending to show the common intent and, may be proved in the same way as any other fact may be proved, either by direct testimony of the fact or by circumstantial evidence, or by both direct and circumstantial evidence.” 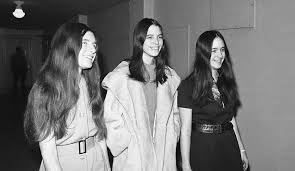 To be convicted of conspiracy to commit murder the prosecution must prove all of the following beyond a reasonable doubt.

1. The defendant has to enter into an agreement with at least one other.

2.    The defendant agreed to intentionally kill. The target does not have to be identified.

4.    The defendant is then liable of every act committed by every participant even if he wasn’t present. He is liable even if he personally didn’t intend the specific act to happen if it was a probable and natural consequence of the plan.


The statute is California Penal Code section 189. Here are the actual jury instructions from the Tate-LaBianca trial. 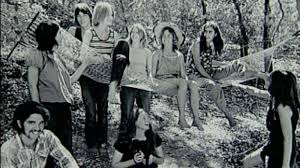 “The unlawful killing of, a human being, whether intentional, unintentional or accidental, which occurs as the result of the commission or attempt to commit the crime of burglary or robbery, and where there was in the mind of the perpetrator the specific intent to commit such crime [burglary or robbery] or crimes, is murder of the first degree.

The specific intent to commit burglary or robbery and the commission or attempt to commit such crime or crimes must be proved beyond a reasonable doubt.”

“If a human being is killed by any one of several persons engaged in the perpetration of, or attempt to perpetrate, the crime of burglary or robbery, all persons who either directly and actively commit the act constituting such crime or who knowingly and with criminal intent aid and abet it its commission, or, whether present or not, who advise and encourage its commission, are guilty of murder of the first degree, whether the killing is intentional unintentional, or accidental.”


To be convicted under the felony murder rule:

1.    The defendant must intend to commit the underlying felony (burglary or robbery) not murder.

2.    Someone is killed during the course of that felony by anyone, intentionally or accidentally.

4.    Again, as long as the defendant assisted with the robbery or burglary he doesn’t have to be present when the murder takes place.

The felony murder rule is generally referred to as ‘accomplice liability’ and is based upon what legal scholars refer to as the probable consequences doctrine. That doctrine says that some crimes have such a high risk that a death is a probable consequence of the crime.


California SB (Senate Bill) 1437 eliminates what is called ‘accomplice liability’ under the felony murder rule. That statute passed the state assembly on August 29th and the state senate on August 30, 2018 and as of the writing of this post was on the governor’s desk.

The reason for SD 1437 summarized as follows:

“It is necessary to amend the felony murder rule and the natural and probable consequences doctrine, as it relates to murder, to ensure that murder liability is not imposed on a person who is not the actual killer, did not act with the intent to kill, or was not a major participant in the underlying felony who acted with reckless indifference to human life.” 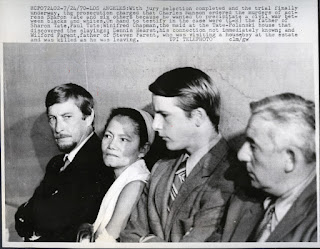 The new law reads as follows:

(e) A participant in the perpetration or attempted perpetration of a felony listed in subdivision (a) in which a death occurs is liable for murder only if one of the following is proven:

(1) The person was the actual killer.

(2) The person was not the actual killer, but, with the intent to kill, aided, abetted, counseled, commanded, induced, solicited, requested, or assisted the actual killer in the commission of murder in the first degree.

(3) The person was a major participant in the underlying felony and acted with reckless indifference to human life, as described in subdivision (d) of Section 190.2.

(a) A person convicted of felony murder or murder under a natural and probable consequences theory may file a petition with the court that sentenced the petitioner to have the petitioner’s murder conviction vacated and to be resentenced on any remaining counts when all of the following conditions apply:

(1) A complaint, information, or indictment was filed against the petitioner that allowed the prosecution to proceed under a theory of felony murder or murder under the natural and probable consequences doctrine.

(3) The petitioner could not be convicted of first or second degree murder because of changes to Section 188 or 189 made effective January 1, 2019.

The last section may be a problem.


Perjury During a Capital Trial

Every person who, by willful perjury or subornation of perjury procures the conviction and execution 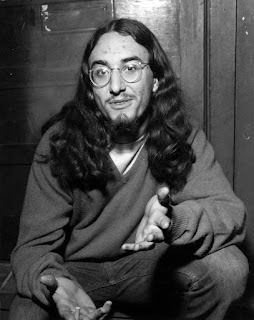 of any innocent person, is punishable by death or life imprisonment without possibility of parole. The penalty shall be determined pursuant to Sections 190.3 and 190.4 [emphasis added].


First, you have to willfully perjure yourself. You have to lie voluntarily.

The key here, however, is the underlined portion of the statute. In order to be executed for committing perjury during a criminal trial, three things must occur:

1.    The person you testified against was innocent.

2.    The person against whom you testified falsely was convicted.

3.    The person against whom you testified falsely was executed.

So, let’s assume hypothetically that Bugliosi somehow managed to coach Kasabian well enough that she was able to invent everything she said. We also have to assume she wanted to participate in the scheme and even came up with some zingers on her own. Finally, lets assume Manson was at Esalen from August 1st to the 15th and had no idea what happened. Unfortunately, he can’t prove it because he jumped the fence. He’s innocent.

Kasabian gets on the stand and lies. Bugliosi asks the questions that help her lie. Manson is convicted. The Supreme Court does not intervene and Manson is subsequently executed. Both Kasabian who committed perjury and Bugliosi, who ‘suborned’ her perjury could be tried for murder and could be executed.

What is historically stated inaccurately on this blog is that just because you lie during a murder trial you can be convicted of murder. That is false.

One issue that has been debated by 'legal scholars for over 100 years is whether these crimes, known as inchoate crimes should be crimes at all. The defendant actually does not commit the crime for which he is prosecuted and convicted. He participates in a robbery (felony murder) or allegedly agrees to someone else committing murder. This is seldom proven by an actual 'recorded' agreement but nuances, circumstantial evidence. In this case that comes down to seven words: Now is the time for Helter Skelter and a few comments made by a con man whose schtick was a race war or philosophical discussions with Gregg Jakobson.

This is especially the case with the felony-murder rule. At least with conspiracy to commit murder they have to prove you agreed to commit murder. With felony murder you are there or participated in crime #1 and end up in prison for life (or worse) for murder.

I, personally, support conspiracy laws. I agree with the state of California on the felony murder rule.