"WeR7" - DEBUNKING THE BUNK: An Introduction

But, we here at mansonblog.com are seeking the truth. Therefore, we will be publishing an on-going series of posts that we hope will weed through some of these fallacies and, together with all of you, uncover something closer to the truth than ever previously documented. These posts will be joint efforts involving two or more of our blog authors and as such will be posted under the alias "WeR7" (We who seek the Truth).

This will not be a series of speculation. We will only document inaccurate accounts that we feel we can disprove with evidence - or as any court of law will allow - substantial circumstantial evidence supporting our case. 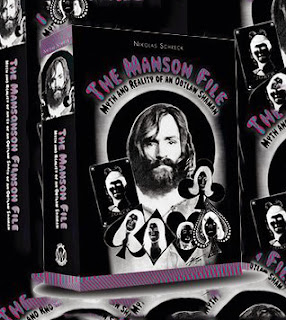 Since one of the most recent accounts of the murders (aside from Jeff Guinn's book) comes from Nikolas Schreck's, The Manson File we'll begin here and work our way backward in time.

Schreck's book is painstakingly researched; leaving no doubt that he is an expert on Manson. In a gesture of civility, as we should all be to each other, it's tough to criticize this author who has put forth the time and effort to assemble a book of this magnitude.

The problem with The Manson File, aside from Schreck's information pertaining to Charles Manson's life, philosophy, and culpability in the murders of 1969, is that there is so much glaringly inaccurate information on the victims, the murders, and in turn, the case he presents as the motive, that if left unchecked will become historical fact to future researchers of this case and in turn perpetuate more lies.

To get to Schreck's motive for the murders he weaves his reader through almost 900 pages of supporting (albeit what we believe to be false) documentation. In its simplest form, the motive for the Cielo murders comes down to a drug burn planned by Charles Watson and Linda Kasabian against Woytek Frykowski and Jay Sebring, a motive which is ultimately protected by the mafia, their secrets, and their control over government officials.

As a note, since Schreck only speculates on several LaBianca motives, we'll focus for the moment on the Cielo murders.

In order to debunk his 900-page-motive, we will need to examine it piece by piece, page by page. Since a man by the name of Joel Rostau is the seemingly epicenter of Schreck's motive we'll begin there MONDAY!