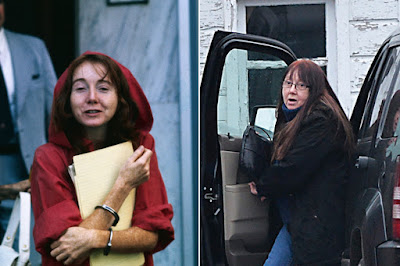 MARCY, N.Y. — On a quiet little road in upstate New York, about 250 miles from the city, resides an older woman whom neighbors describe as friendly, polite, averse to drama or confrontation. She largely keeps to herself in the small outbuilding, where she lives with her equally reclusive boyfriend, but in the spring and summer can be seen happily walking her small dog.

She is one of the most infamous criminals in modern American history.

Before she was known as one of Charles Manson’s favorite cult members, Lynette “Squeaky” Fromme had minor renown as a child performer. Born in 1948 to a homemaker mother and aeronautical-engineer father, Lynette showed an early interest in dance. By the late 1950s, she had joined the Westchester Lariats, a popular Los Angeles-based touring group that performed on network television and at the White House.

She attended Orville Wright Junior High School, where she got A’s and B’s and took drama classes for about two years. It was there that she met a young Phil Hartman, who would become a close friend and go on to stardom on “Saturday Night Live.” She loved him.

In a 1998 letter to “48 Hours: Mystery” producer Paul LaRose, Fromme wrote that Hartman “was more supportive than competitive and so enthusiastic that it was fun to go to class with him.” She had been following, with great fascination, the coverage of Hartman’s recent death, killed by his wife in a murder-suicide.


“I wonder if he had any notion that such was possible or he did not believe her,” Fromme wrote, “or she did not say.”

Fromme had a boyfriend and graduated high school in 1966, but not much more is known about her childhood or adolescence. A well-researched 1997 biography by Jess Bravin suggested that Fromme had been sexually abused by her father, an assertion Fromme denied. Yet by 18, she was homeless, living on Venice Beach.

And there she met a man. “Name’s Charlie,” he said.

As she recalls in her memoir, “Reflexion,” begun in 1973 and published last year, the connection was immediate.

“So your father kicked you out,” he said to her. She told him yes, that she felt trapped and wanted so much more. He hooked her with the first of many paradoxical platitudes. “Don’t want out and you’re free,” he said. “The want ties you up. Be where you are. You got to start someplace.”

He knew all about it, he said, because he had recently been trapped himself, having just served 7½ years in prison — for what, he did not say. He told her he was headed north to visit his mother, and she was welcome to come along. She stood there, silently thinking about her boyfriend, the people in her life, this total stranger who had a gaggle of people waiting several feet away.

“I can’t make up your mind for you,” he said, and didn’t get more than half a block before Fromme grabbed her one bag, full of books, and ran to follow Charles Manson.

She would soon learn she was one of many girls, some as young as 13, whom Manson could spot on sight as damaged, broken, willing to sleep with anyone. In Fromme’s retelling, Manson wanted to protect them. She seems to believe this, even as she writes that Manson had sex with her and with another member of his growing “family” named Mary. Sometimes, it was all three of them together.

“He once asked us each to sit in a chair and watch him make love to the other,” Fromme wrote. “Beyond initial discomfort, I saw moving artwork and dance, tenderness and surrender.”

He suggested the three of them all marry one another, even though it was illegal and he had already been married once, to the mother of his son, who had changed the child’s name, filed for divorce and fled. He did not approve. “It would be better for a man to have a hundred wives,” Manson told her, “than to divorce one.”

“I don’t recall any problems,” she wrote. Manson, she insists, was no mastermind, no cult leader, even though in less than two years, he would be indicted as such in the most sensational trial the nation had yet seen.

On Aug. 8, 1969, actress Sharon Tate — just two weeks away from giving birth to her first child with husband Roman Polanski — and four others were brutally murdered by members of the Manson Family, at Manson’s directive. The following night, those same Family members, along with two more and Manson himself, targeted the home of Leno and Rosemary LaBianca. They bound the couple and stabbed them to death, Leno 12 times and Rosemary a total of 41.

Fromme was never charged in connection with the murders, but she remained a disciple. She and other Family members were a constant presence at the courthouse during Manson’s trial. Fromme, like other Family members, carved an “X” into her forehead after he did. She shaved off her famous red hair. She refused to testify at trial and was convicted of contempt. 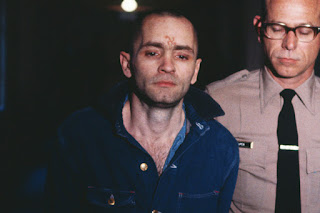 “She was the main gal in the Family,” said prosecutor Vincent Bugliosi, who went on to write “Helter Skelter,” the definitive account of the crimes and trial. “Once Manson left the ranch, if he was anywhere else, she was in charge.”

Manson was sentenced to death and sent to Folsom Prison. Fromme moved to San Francisco to be near him.

Her status as a true believer — which seems to hold today — would be enough to make her a pariah. But when it comes to Squeaky Fromme, there’s always more.

There was another grisly crime, this one a double homicide committed sometime in September 1972. Fromme had moved here with Manson Family members Nancy Pitman and Priscilla Cooper and two ex-convicts, Michael Monfort and James Craig, who belonged to the Aryan Brotherhood.

Four of the five — Fromme again an exception — would be convicted of murdering a young couple named James and Lauren Willett. Convinced James was about to tell law enforcement about a string of robberies they had committed, they made James dig his own grave before shooting him to death. Lauren, investigators believed, was collateral damage. An 8-month-old infant was found in the home, alive and unharmed.

Once again, Squeaky Fromme had been closely involved with homicidal psychopaths, and once again, she walked away. Yet rather than retreat, Fromme became even more brazen. On Sept. 5, 1975, she donned a red robe, grabbed her Colt .45, and made her way to the California State Capitol Park Building in Sacramento, where she positioned herself feet away from President Gerald Ford and raised her weapon.

The gun, she famously cried with remorse, did not go off.

Fromme had finally made history: She was the first woman to attempt to assassinate a US president. During her trial, she begged her lawyer to get Manson to attend. US Marshals would have to carry her in on days she refused to walk. During closing arguments, Fromme threw an apple at the prosecutor’s head, knocking off his glasses.

“Sandy Koufax couldn’t have thrown a better pitch,” her lawyer said years later. She was sentenced to life, but on Dec. 23, 1987, she escaped from federal prison in West Virginia, frantic to see Manson, who had been diagnosed with cancer.

She was found two days later and got an extra 15 years tacked on to her sentence. Yet in 2009, at age 60, she was granted parole. Her intent, she once said, had always been peaceful. “I stood up and waved a gun [at Ford] for a reason,” she wrote the Fort Worth Star-Telegram in 2005. “I was so relieved not to have to shoot it, but, in truth, I came to get life. Not just my life but clean air, healthy water and respect for creatures and creation.”

How peaceful is Squeaky Fromme today?

“She’s very friendly,” one neighbor told The Post. “She’s usually with her neighbor, who also has a dog.” Fromme moved here, to the small town of Marcy, about five years ago, joining boyfriend Robert Valdner, himself an ex-con. Valdner, now 68, pleaded guilty to manslaughter in 1988 for the shooting death of his brother-in-law. A reported Manson fanatic, he began writing to Fromme while both were incarcerated; he was paroled first, in 1992.

Today, says one neighbor, Valdner works at the nearby correctional facility. “He’s hooked up with the sheriffs,” said the neighbor, who adds that the couple has never caused any problems.

“They don’t get involved in drama,” said a third resident. “They’re not ones who are out [saying], ‘Oh, look who I am,’ bragging about their past.”

Only in America could a would-be presidential assassin live out her days in rural upstate New York, publishing a memoir she once reportedly considered too incriminating, one that lionizes Manson while neglecting any mention of the murders — themselves the backdrop for Quentin Tarantino’s forthcoming “Once Upon a Time in Hollywood,” starring Brad Pitt, Leonardo DiCaprio and Dakota Fanning as Fromme, slated for release this July.

As for that new life, some things don’t change. The house she shares with Valdner is decorated with skulls. Fromme’s hair is long and red again. And her boyfriend keeps a baseball bat, which, as he made clear to two Post reporters who approached him, he’s not afraid to use.


Appreciation to Tom H for the tip.