Bruce Davis answers to being the Zodiac Killer

So much for Nelson and Howard Davis's claim that Bruce would not address the issue. This letter was written 10 years ago. 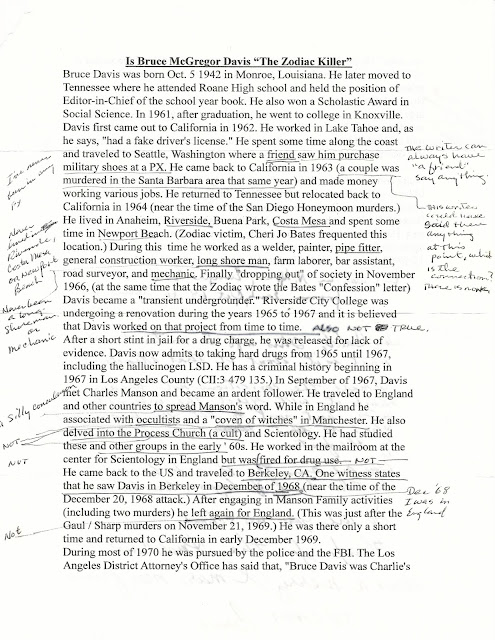 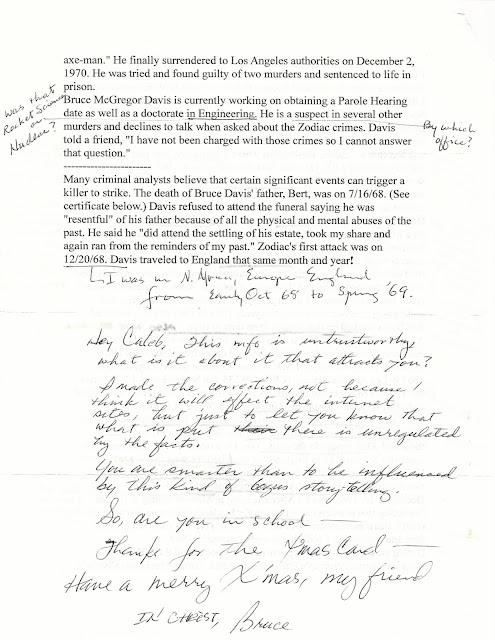