A blog reader tipped me off to this ongoing series of podcasts called "You Must Remember This" by Karina Longworth. Longworth tells the sordid tale in her unique masterful storyteller style. Afficianados will pick up on minor errors, but they are easily overshadowed by the incredible detail that goes into this series. There are terrific photos from the archives of Michael Ochs and some excellent archived videos, too. Highly recommended. 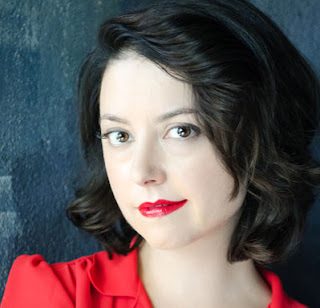 You Must Remember This is a storytelling podcast exploring the secret and/or forgotten histories of Hollywood’s first century. It's the brainchild and passion project of Karina Longworth (founder of Cinematical.com, former film critic for LA Weekly), who writes, narrates, records and edits each episode. It is a heavily-researched work of creative nonfiction: navigating through conflicting reports, mythology, and institutionalized spin, Karina tries to sort out what really happened behind the films, stars and scandals of the 20th century.

This season, You Must Remember This will explore the murders committed in the summer of 1969 by followers of Charles Manson, and the Hollywood music and movie scene surrounding the killings. Throughout the series, we'll learn how a single sociopath’s thwarted dreams of fame and fortune led to the gruesome events which became the symbolic "end of the sixties." Future episodes will explore the various celebrities, musicians, movie stars and filmmakers (including Roman Polanski, Sharon Tate, The Beach Boys, Dennis Hopper, Doris Day and more) whose paths crossed with Manson’s in meaningful ways, both leading up to the murders and in their aftermath. Today, we’ll talk about what was going on in the show business capital that made Manson seem like a relatively normal guy. Then we’ll lay out the basic facts of who was killed, and how, in order to begin to explain how these unthinkable crimes fit in to the tapestry of one of the most tumultuous times in Hollywood history.

Part 2: How Manson Found His Family

Part 12: The Manson Family on Trial