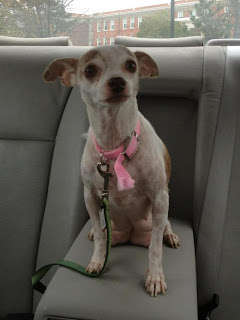 We adopted this Chihuahua today. She needs a name. My only condition is that it be a Manson name. What should it be?

Honor Few, Fear None - The Life & Times of a Mongol 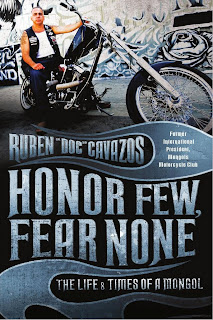 More info on what became of Satans Slaves in the book "Honor Few, Fear None - The Life & Times of a Mongol":


Maravilla was interested in expanding the club's reach within California and set his sites on the San Fernando Valley, just over the hill from Los Angeles proper.

The only problem was that that turf was already taken by a small but tough outlaw club called Satan's Slaves. When the Mongols first showed up in the valley, they were told by the Slaves to get out, to which the Mongols replied, "Fuck your mother." The Mongols thought that was going to be the end of it, but the problem was, the Satans had the same answer for us. But then, Satan's Slaves disappeared. The Satans had gone to another club for help, and the price they had to pay was to be swallowed whole.

As a result, the Mongols were no longer up against a small, proud group but a much larger one named Hells Angels...

Thanks to Ole JC or the tip