This is the recently released text of an interview with Charles Manson that was to have been in Penthouse magazine.  The correspondence includes letters between the person setting up the interview and Bob Guccione.

Nothing really new,  Manson admits to shooting Lottsapoppa, rambles a bit about having to try to fix Bobby's messes and goes on a diatribe about underage runaways.  They are going to cause his downfall, don't cha know! 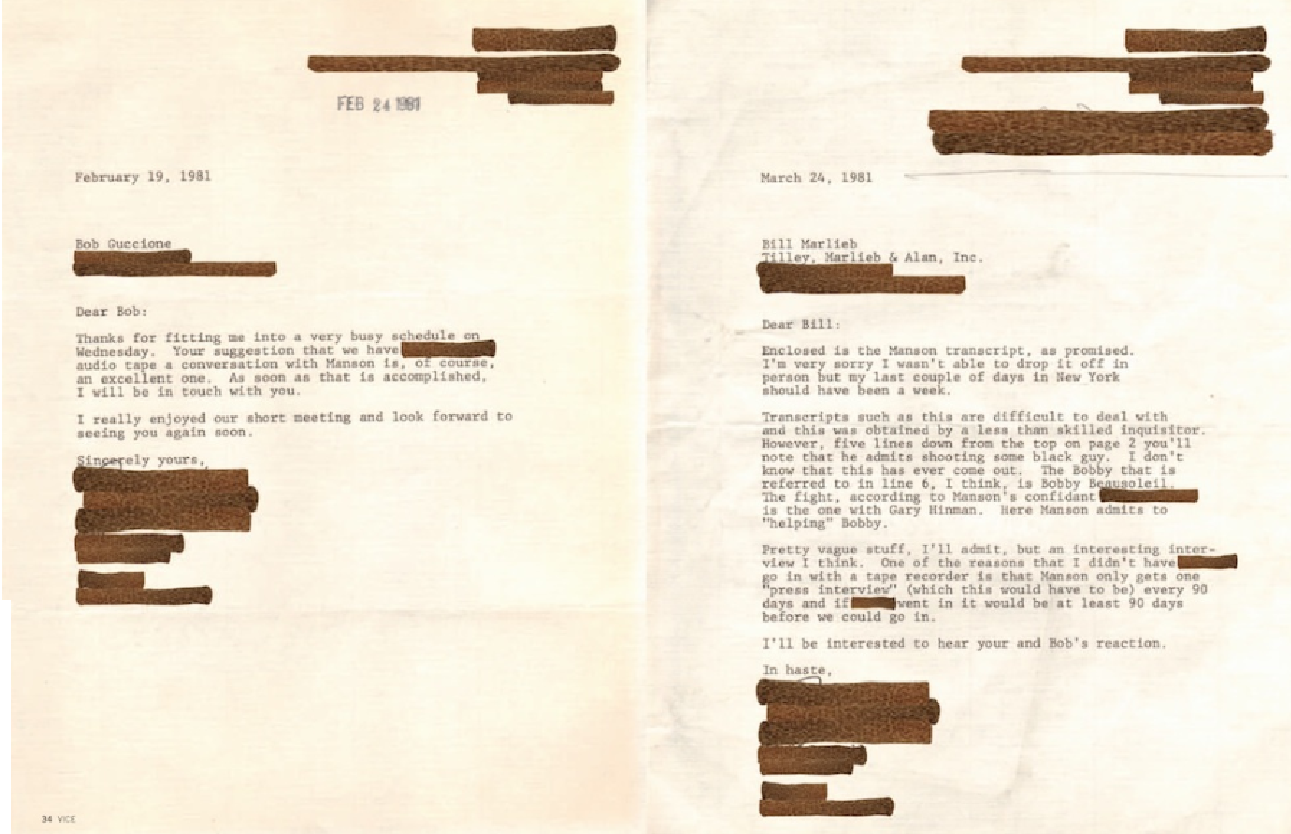 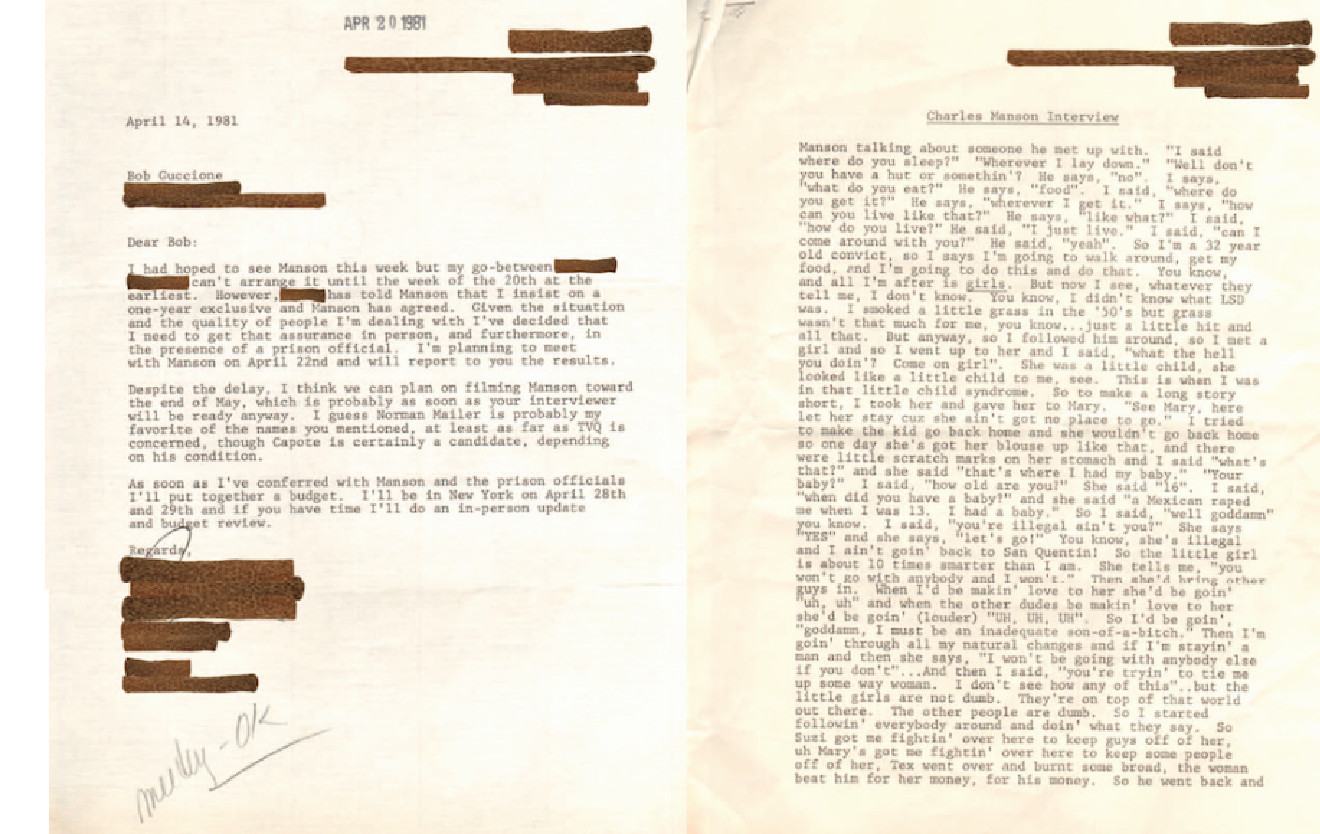 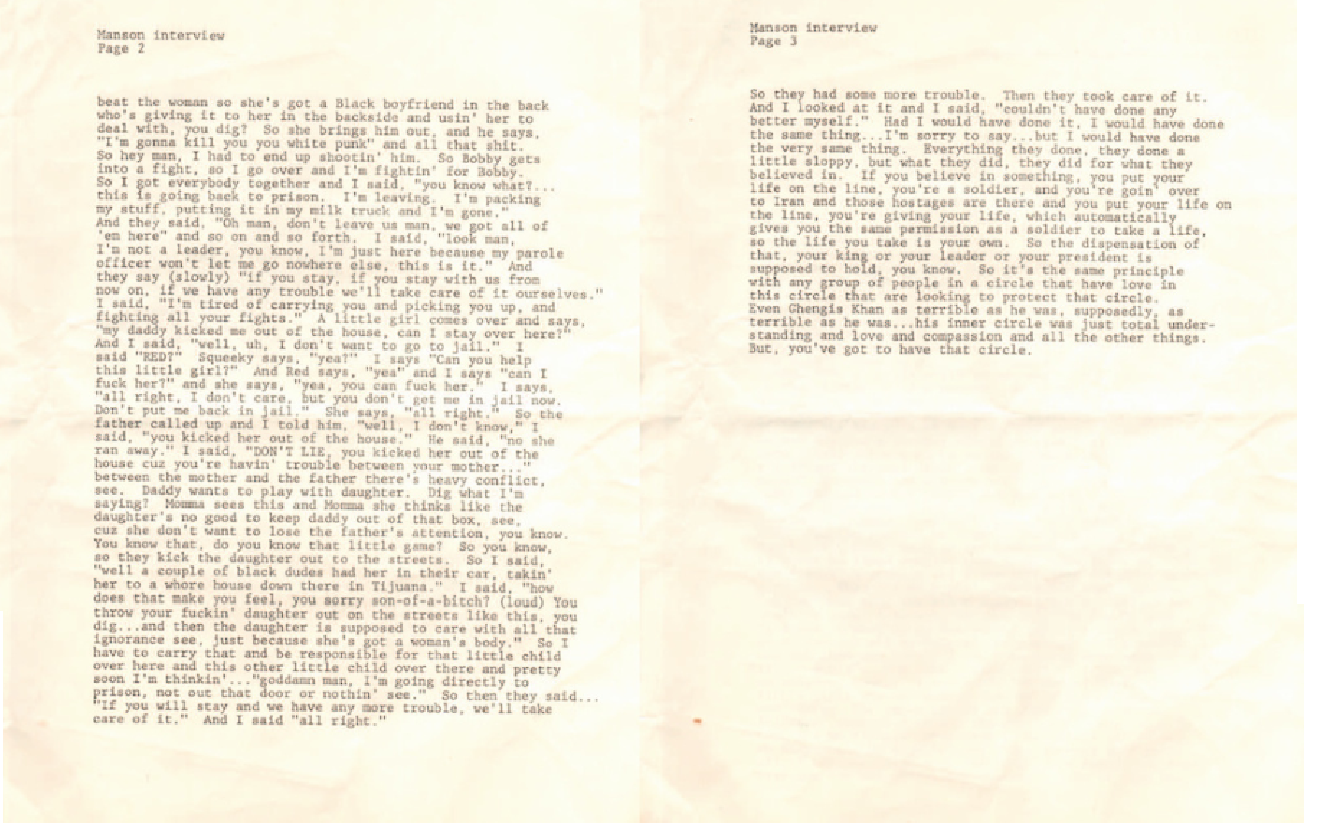