The Peasenhall Press proudly announces the publication of Reflexion, by Lynette Fromme. In nearly 500 pages Fromme vividly chronicles her life with Charles Manson from the time she met him in May of 1967 to the final arrest of the so-called “Manson Family” in Death Valley in October of 1969. From Venice Beach, to the redwoods around Mendocino, to San Francisco’s Haight-Ashbury, to Topanga Canyon and the Spiral Staircase and Condemned House, to Dennis Wilson’s Sunset Drive mansion, to Spahn’s Movie Ranch in Chatsworth, and finally to the Myers and Barker Ranches in Goler Wash in the Mojave Desert — everything is here in Fromme's reflexion on her extensive travels and experiences with Manson and the like people around him who were “preparing to survive either a revolution, or the static institutions that were systematically trading all of our vital necessities for money." 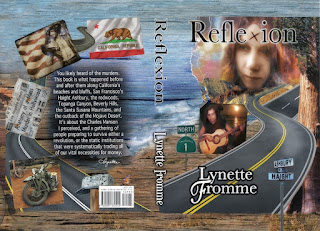