Correct me if I'm wrong but hasn't Gray Wolf (Craig Hammond) said that he has only been affiliated with Manson for about 12 years? 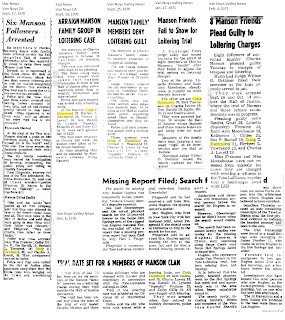 OK, here's the video that gave me that impression. Pay close attention starting at about 2:20 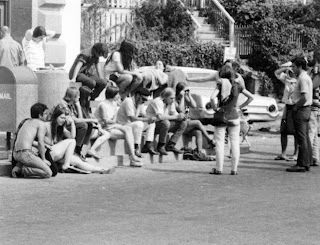 This pic was sent by a friend of the blog who's dad was a guard at San Quentin for decades. He took this shot while Manson was incarcerated there on death row. It was apparently a group of young people holding a vigil in protest Charles Manson's death sentence after his arrival there.

I personally do not recognize any family members. All of these kids look clean and all of them are wearing shoes, a few of them nice shoes.

Anybody recognize a face or two?