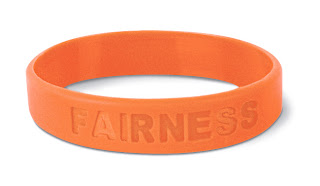 Debating Which of the "Family" Members Truly Deserve to be Released

I think a few things have happened in recent years- Bruce got turned away a second time by the Governor, Susan was not allowed to even die at home, and Leslie is now getting 5 year denials- which make me feel it is about time to acknowledge that the chances of any of the convicted "Family" members ever getting out is nil. For those of you who don't play soccer that means zero :)  So I thought today I would take a moment to smoke a joint and open my mind honestly to a few reasons some of them might have deserved a second chance, and then try to answer myself as to why it has never been enough? Certainly not an easy task to get blasted this early on a weekend morning and try to play mental tennis with myself - but I feel I am up for the challenge, and anyway it is not the worst thing you could play with yourself. ( did that come out right?) So let me take one last hit and give this a shot....


Some say Susan Atkins deserved to be paroled and maybe that's so. She never really killed anybody herself, and was the longest incarcerated female in California history at the time of her death. She was unable to sit up in bed or stay awake for long periods of time, and couldn't possibly be a threat to anyone. She had a great post conviction record and even took pictures with Gov. Arnold at one point in time. Certainly, she had a dedicated husband and steady job waiting for her, before she got to ill for any of that to matter. It would have been more of a show of mercy to her family to let her have her last few days at home than an insult to her victims, and for sure she wasn't going to hurt anyone else. But Sexy Sadie told a 9 month pregnant women she was going to die and she didn't care. She helped Kill 4 people that night directly, and if you add her trip to Gary's, we wind up with 5 lives she participated in taking. How can we teach a lesson and still show mercy to a women who by her own boasting admission chose to terrorize instead when asked show it to someone else?

Some say Bobby Beausoleil deserves to be paroled and maybe that's so. Bobby committed one stupid act over 40 years ago when he was a young cocky punk who thought he knew it all. Bobby has always stayed true to himself, and never used religion or anything else as a crutch. He has grown into a very smart and talented musician, who in jail, has made a whole lot out of very little. Until her recent death- he had a loving wife and fine family waiting on him at home and surely wouldn't have done anything stupid if he is given a chance to join them. But Bobby tortured a guy who he also called a friend. Bobby has changed his story three times and to this day tries to distance himself from the others. How can we release a guy who is still in denial?

Some say Bruce Davis deserves to be paroled and maybe that's so. Bruce didn't directly kill anybody and has been getting one year denials since basically I was in 6'th grade. Bruce found religion and has a good family waiting on him should he ever get home. Bruce counsels others in prison and has dedicated his life to the church. But Bruce is a sneaky little bastid as well, and there will always be the chance he knows more than he will tell. He possibly committed other murders and refused to cooperate and lied when asked about them. How can we free a man we can never really trust?

Some say Leslie Van Houten deserves to be paroled and maybe that's so. LULU was the youngest of them all when it happened, and of the TLB murders- was the least involved. She has an almost spotless prison record in over 40 years and has mentored and tutored other women. She has a great support group to help her when released. She had a chance to prove herself while out between her second and third trials and acted exemplary. If ever there was a case of young and stupid- LULU is the poster child. But Leslie Van Houten has the one strike against her which none of the others have to answer for. She asked to be part of it. How can we grant a second chance to the one person who volunteered?

Some say Charlie Manson deserves to be paroled and maybe that's so. Charlie never killed anyone himself ( that can be proved anyway lol) and he wasn't even there when the victims were killed. He has done over 40 years for being an accessory, and wasn't even allowed to act as his own lawyer at his trial. He is an older more peaceful man who simply wants to rejoin his ATWA nation and live out his days playing music with Star and Greywolf, and maybe learn how to use App's on that cell phone. But Charlie is the "Most Evil Man Alive". How can we set free the face of evil and still expect our children to sleep at night?

Some say Patricia Krenwinkle deserves to be paroled and maybe that's so. Pat has the best post incarceration record of the them all and with the death of Susan Atkins has been in a California clink longer than any women ever. She has shown the most remorse and has clearly become a kind and sensitive person. But Pat was absolutely brutal on those two nights and she personally caused pain and suffering beyond anything anyone should ever have to endure. How can we justify the parole of one of the primary culprits in one of the most infamous murders of all time?

Some say Tex Watson deserves to be paroled- but I am not one of them. Anyone who thinks this animal should be anywhere besides hell or taking it up the hinalinous against his will, and painfully, from the largest and angriest man in the Mule State Prison is no longer allowed to read my posts.

So there you have it. Some pros and cons for all of them done as fairly as my mind would allow me to do them. And,  absolutely there are arguments to be made for almost all of them by this time. Good arguments.  It is a very hard decision in some cases. Bobby, LULU, or Pat wouldn't hurt anyone if they got out and I know that. I want to be Fair. But, I guess how I feel is that Fair is important, but equally important for both sides. How can you be Fair to both? Many people feel it is fair now to let the convicted go home. The victims families feel it is Fair for the convicted to spend the rest of their lives in jail, as in most cases they were supposed to die for their crimes. When you have two groups of people who want different things and you only have one choice- how can you be Fair to both?? In my opinion- if you have to err- do it on the side of those who were harmed and not the side of those who did the harming. They all wound up depending on fairness from this decision together- but those who harmed did not have to be there, and the harmed had no choice....