Last night Autumn, a friend of the blog was at Souley Vegan in Oakland celebrating her birthday when she realized her b-day present was sitting at the next table eating southern fried tofu. Yep, Clem.

After tofu, his band took the stage.

Hard to reconcile this old fella with the neck-bearded kid in the Hendrickson films & DEATH TO PIGS joking about killing his parents. To everyone else in the restaurant he was just another patron/musician, but to Autumn it was Christmas in April. Who would think that he was once Scramblehead, mixed up in the crime of the century and the only member of the Manson Family convicted of murder to win parole?

Just goes to prove that everyone has a story... even the old lady next to you in line at the grocery store - with or without the neck beard... 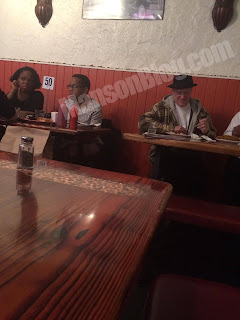 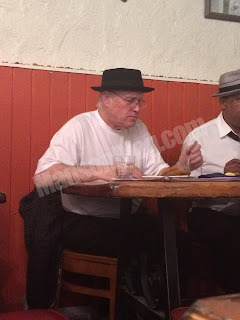 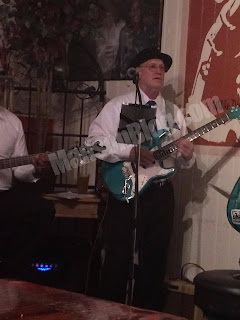