EVILIZ.COM HAS NO OPINION ON THE APPROPRIATENESS OF DISSEMINATING THE ART AND MUSIC OF CONVICTED MURDERERS. WE ARE MERELY A CONDUIT FOR INFORMATION. ENJOY OR DISMISS - THE CHOICE IS YOURS.

The following was sent in by Ben, He is from Chicago and is the person responsible for the production, design, and release of the new Charlie Manson's album, "The Lost Vacaville Tapes". The words below are Ben's:


The 1st 200 albums are Limited Edition's that will include items such as clothing worn by Charlie, his guitar picks, guitar strings, guitar parts, loads of obscure stamps, some poems signed by Charlie, post cards, and much more.

Every one of the 1000 albums will have a heavy 24 page glossy 12 x 12 book in them, including letters from Red to CM from the early 80's, never before seen photos of Charlie, and loads of never before seen items that I have in my collection.

I have posted some new photos of the finished album, some photos of the album insert, and what the tie dyed Limited Edition albums look like, for everyone to look at.

You can take a peek at my website which is:
primeministeroftheunderworld.com

I think you will find the home page quite interesting with the new photos, a great interview with Michael done on the Backporch last month. I have a specific section on the page with conversations between me and Charlie talking about the album, and how excited he is about it.

Sorry for rambling but I am very excited about this release, and the quality of this music, it is SECOND TO NONE!!!!

The albums should be up on eBay and Amazon tonight for sale, so I just wanted to update you as you have a great group of dedicated followers on your site that absolutely deserve to hear this music!! 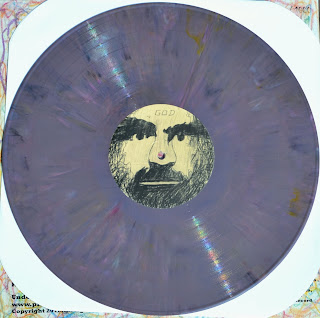 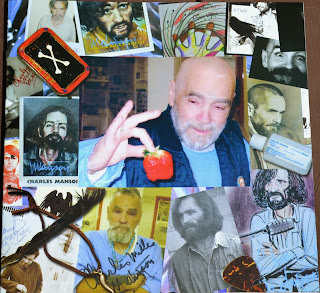 Vacaville cover of 24 page glossy 12 x 12 book
All sorts of never before seem photos in these 24 pages. Letters from Red to CM, letters from CM to Red, a play that he wrote for them.

Vacaville 1st page of book with my tribute to my friend!!

Final inside page of the book
I did not send every page of the book because there is some real personal CM & Red stuff in there, and want to leave it as a surprise for people! 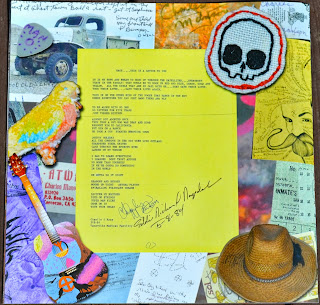 Back of the book - This poem is written by Charlie for Rags.... They were best of friends at Vacaville and Rags played a bit, and talked a bit with CM on 1 song on the album.