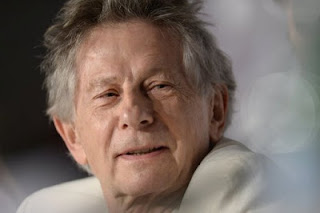 CANNES, France — Oscar-winning director Roman Polanski on Saturday blamed birth control pills for "masculinising" women, as he premiered what he called a satire on sexism.

Polanski unveiled "Venus in Fur" starring his wife Emmanuelle Seigner, which was the last movie in competition to be screened at the Cannes Film Festival.

Asked by a reporter how his views of women had changed over time, the filmmaker said he thought feminism and advances in contraception had blurred the distinctions between the sexes.

"I think that now offering flowers to a lady becomes indecent, that's how I feel about it," he told a news conference after a well-received screening of his film.

"I think to level the genders -- it's purely idiotic. I think it's a result... of progress in medicine. I think that the Pill has changed greatly the woman of our times, 'masculinising' her -- how would you say it?" he said, looking to his cast for a prompt.

He added: "I think that it chases away the romance from our lives and that's a great pity."
Polanski's latest film captures the friction between a theatre director and an actress which plays out as a battle of the sexes.

"It's the aspect of the sexism and the satire on sexism which was very seductive in this film. There's this macho element in his character which is really coming to pieces and that was quite enjoyable," Polanski told reporters, referring to the male character.

"Whatever people think and know about me, the ones that do know about me know that I am not this way," he said with a smile for Seigner.

Polanski won an Academy Award in 2003 for his Holocaust drama "The Pianist" but did not pick up the prize in the United States, where he faces an outstanding arrest warrant for sex with a 13-year-old girl in 1977.

The festival this year featured a number of controversial comments about women.

"I think women can really be connected with this girl because it's a fantasy of many women to do prostitution," he said.

When challenged by the interviewer, he insisted: "It is the reality. You speak with many women, you speak with shrinks, everybody knows that. Well, maybe not Americans."

Ozon later dismissed uproar over the remarks, saying he was only referring to women in his film.