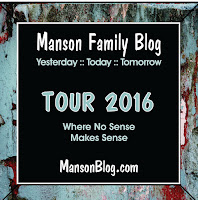 
On November 16, 1969, the body of a young girl was found dumped over an embankment at Mulholland and Bowmont Drive near Laurel Canyon, in almost the same spot where Marina Habe's body was found.  A brunette in her late teens, five feet nine, 115 pounds, she had been stabbed 157 times in the chest and throat. Ruby Pearl remembered seeing the girl with the family at Spahn, and thought her name was "Sherry." Though the Manson girls traded aliases often, LASO was able to identify only one Sherry, Sherry Ann Cooper, aka Simi Valley Sherri.  She had fled Barker Ranch at the same time as Barbara Hoyt and was, fortunately, still alive.  The victim, who had been dead less than a day, became Jane Doe 59 in police files.  Her identity is still unknown.

The proximity in time of her death to that of Zero suggests the possibility that she may have been present at the murder, then killed so she wouldn't talk. But this is strictly conjecture, and there is no evidence to support it. Her murder remains unsolved.

There have been conflicting reports of the location of her discovery. Some articles have identified the spot as Mulholland and Skyline which is 3/4 mi down the hill from Mulholland and Bowmont. We stopped there first: 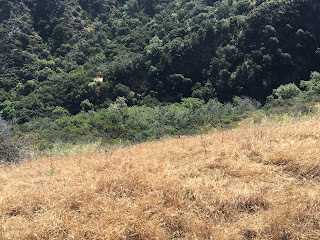 It is an isolated drop-off and a good place for a panicked perp to throw the remains. Below the ravine is a jogging trail which would have made it easy to spot the body from. 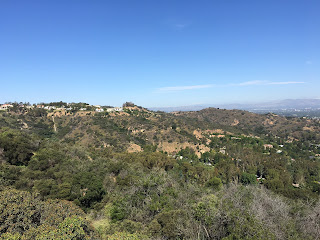 Looking north from the top of the ravine you can see the Chatsworth hills where Spahn Ranch is...

Reet Jurvetson's remains were found by a bird watcher. The level of decomposition was fairly light. 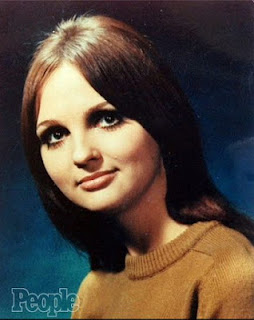 The MansonBlog investigative team is on the scene. 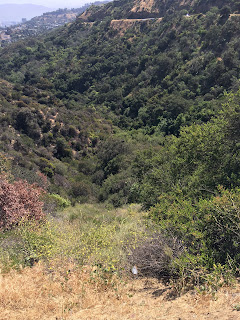 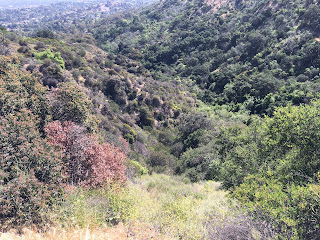 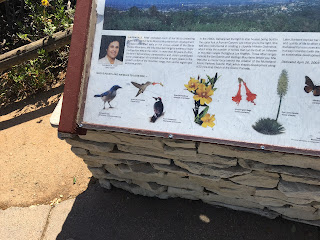 The first thing we noticed exiting the car was that there were surround sound bird calls. Plus, there were markers for bird watchers like the one above. You would think it is likely that since a bird watcher found Jurvetson's remains that the Mulholland/Bowmont site is the more likely of the two places of the discovery. However Mulholland/Skyline is where Jurvetson was found.

This is mansonblog.com reporting live...