He May Surf After All

A brief review.
CHARLES MANSON NOW by Marlin Marynick
Marynick's book is written in my favorite style - an odyssey. He presents his own personal background of growing up in rural Saskatchewan as a fairly unhappy, bullied child who took great pleasure in nature, magic and odd curiosities like Charles Manson, the Elephant Man and Houdini. These interests helped him escape from loneliness and personal tragedy. Marynick realized in early adulthood his ability to listen to people without judgement. This attribute helped him greatly in his career choice, that of a psychiatric nurse. Marynick's childhood pain pushed him to try to understand why this type of pain could drive him to help others while the same type of pain might take a man down the path of evil.
Through a series of events that were actually triggered by a long, strange encounter with a hoaxter who claimed a gay relationship with Charles Manson, a chain reaction was set off in Marynick's life. Though a hoaxter, this man (without Marynick's knowledge) put him in touch with a prison inmate friend of Manson's named Kenny Calihan, who initiated contact between Marynick and Charles.
Says Marynick, "I've met some of the most extreme, intense, complex people on the planet. But neither these individuals nor their stories could remotely prepare me for the most complicated encounter of my life. I was about to become friends with Charles Manson".
Marynick 's innate ability to listen and try to understand without judgement gain Manson's trust. Over time Marynick establishes a telephone and mail relationship with Manson that culminates in a planned visit to Corcoran to visit. Marynick plans the trip around visiting other friends and acquaintances of Manson's as well as other people of knowledge. Included were John Aes-Nihil, Stanton LaVey, Matthew Roberts, Star and Graywolf.
Each "chapter" begins with Manson speaking in his own words. What I used to view as psychobabble "mansonese" became much easier to understand on paper - as I got to read the passages over and over. Following the Manson thoughts, the "chapter" would continue with Marynick's progression through the odyssey of his journey to meet and try to understand Manson. Charles is seen through the eyes of a wide assortment of people, the most important being Marynick.
The book explores Manson's mind, his impact on American culture and to a lesser degree - the crimes themselves.
This is a must read.
Thank you Matt for the lovely review.   I have not read it yet or purchased it.  Santa is bringing it to me this year, along with a few lumps of coal.

The badgers are fed and frolicking with the buzzards, now back to business. Only one more pic after this week, unless someone can find more. 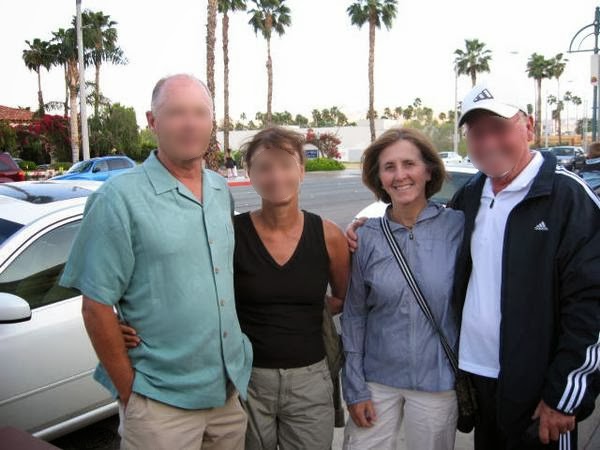 Don't let them fool you, they are all on their way in to an AB meeting.