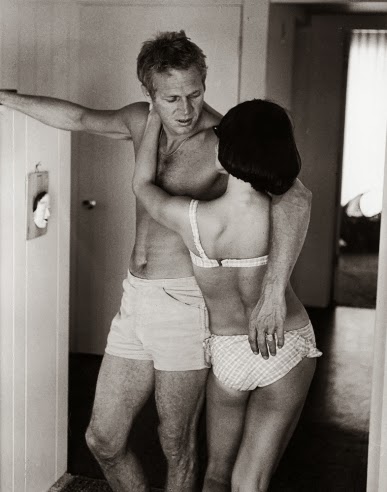 We live in an age filled with way too much information about celebrities — much of it shared by celebs themselves: tweets, photos, press releases, you name it, blithely chronicling marriages, affairs, divorces, sex tapes, public spats and all the other sordid and exalted endeavors that flesh is heir to. And yet, despite this unending torrent of information, it’s somehow rare to see portraits of famous couples who not only genuinely like one another, but are comfortably, obviously attracted to one another.

Of course, actors, actresses, musicians and reality TV mediocrities are more than happy to flaunt their sexuality. But their exhibitions often feel either cartoonish or desperate, rising from a place of calculation rather than from good old-fashioned, grown-up lust. To quote Mark Twain (who was commenting on another subject entirely), the difference between faux, manufactured sexuality and the real deal is the difference “between the lightning-bug and the lightning.”

Consider, then, these portraits (above and below) of Steve McQueen and his then-wife, the actor, singer and dancer Neile Adams, sharing some smoldering moments together in 1963. Here are two adults — comfortable in their own skins and clearly at ease with one another’s bodies — captured in postures recognizable to anyone of a certain age lucky enough to have enjoyed an intense emotional and physical relationship with another human being.

In other words, these two people are hot for each other. And that’s cool.

Far from the studiously audacious antics of today’s stars, the casual, evident pleasure that McQueen and Adams take in one another in John Dominis’ photos comes across paradoxically, as quite innocent. Steamy, yes. Carnal, absolutely. But innocent.

That Dominis was able to make such informal, revealing pictures — especially of an actor as guarded in his personal life as McQueen usually was — speaks volumes about the photographer’s talent; about the unprecedented access that LIFE enjoyed during its heyday; and, finally, about the predictable, closely managed and utterly bogus “allure” of so many of today’s stars and pop-culture power couples.

With McQueen and Adams, through Dominis’s lens, we’re reminded of what sexual attraction feels like, and what it looks like. Unkempt. Raw. Thrillingly real.

- Ben Cosgrove is the Editor of LIFE.com 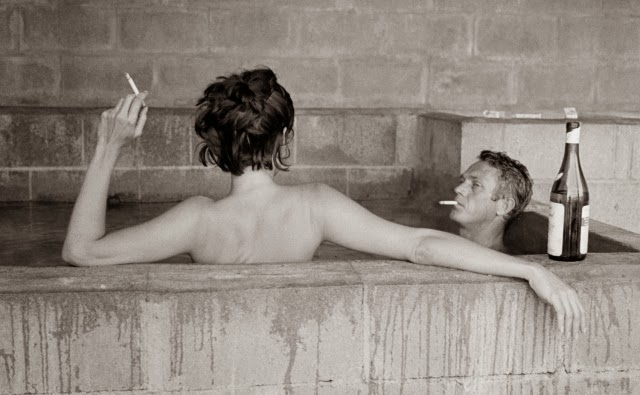 Steve McQueen and his wife, Neile, take a sulphur bath at Big Sur, 1963.