The Governor's Statement About Bruce's Refusal

In the past Michael Beckman, Bruce Davis's attorney, has sent me the letter he gets from the Governor's office with the reasons for his refusal to allow Bruce to be paroled.  This year Mr. Beckman did not receive a letter from the Governor's office until today, Tuesday January 26th.  How Mr. Beckman found out that Bruce was refused was in a voice mail left for him by the Associated Press wanting a statement from him.  Hummmm, the press is notified before the prisoner or his attorney!

Here is this year's statement from Governor Brown. 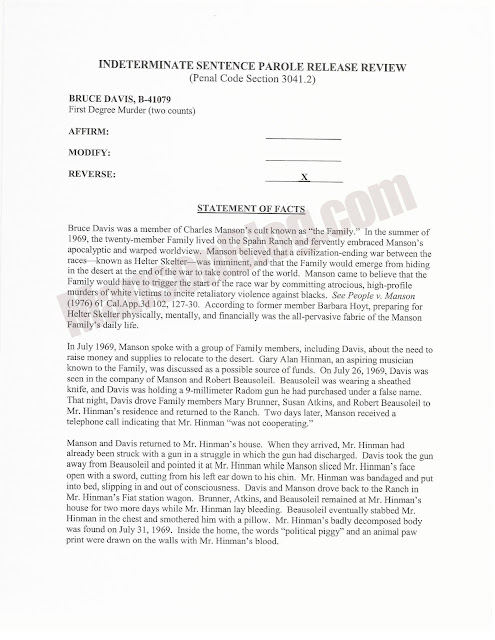 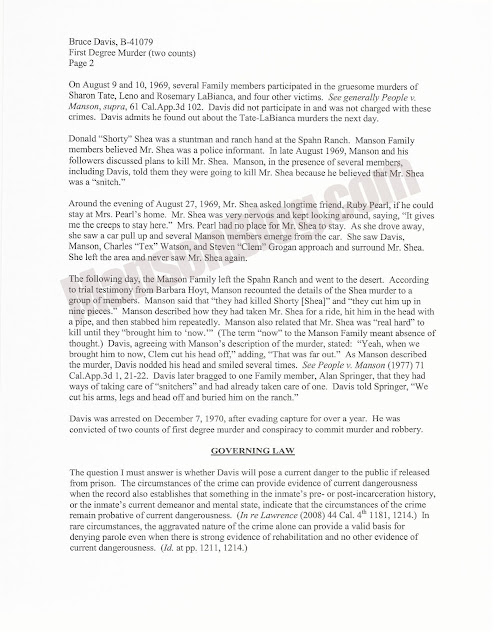 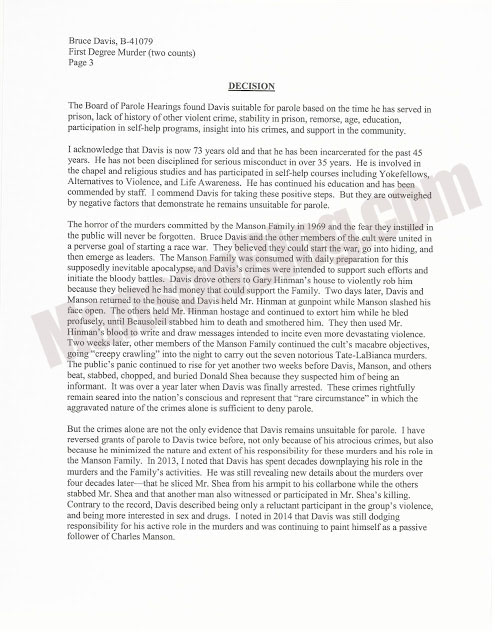 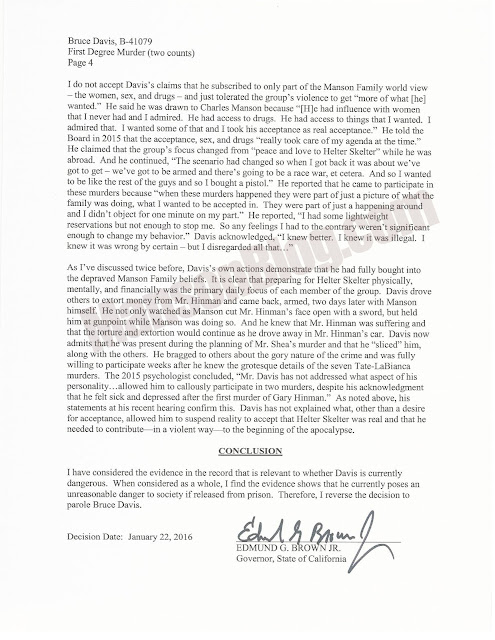