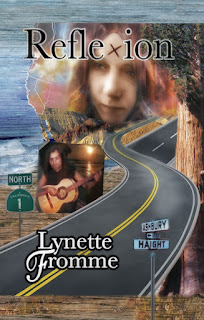 The experiences, perceptions and feelings as Lynette remembers them continues through 1967 and into 1968. There's a lot of information flying by in these pages, both biographical, historical but I can't stress enough what is most important: the way Lynette remembers those days. Here are things that jumped off the pages at me.

Manson, talking about a passing train:


"You could look at the cars as lifetimes," he continued. "And the spaces between are called 'nowhere' and 'nothing' and 'everywhere' and 'everything,' and you just ride in your own car, and the time track goes forever in both directions - yet it's always now."

Sounds like he just touched on Einstein's Theory of Relativity...

Charlie leaves the girls to see his probee. On the way, through a conduit Lynette calls The Fat man Manson meets Dean Moorehouse (and Ruthann). Moorehouse quickly goes from a dour minister to a devotee. He is the one that tells him that he is "Man's Son". I did not know that Dean was the source of that label.


Lynette's thoughts about what she was learning from him during the Summer of Love was summed up for me in this short passage:


My resistance surrendered, then as he said something I thought profound:
"What you feel is what you give, not what I give. You feel your own love."


He quoted Genesis to Father Mike, "First was the word, and the word was God", but he put more emphasis on the word "word" than on "God.". "Breach of word", he said, "breaks people away from the God in themselves."

Something I didn't know: They didn't get the piano that they traded for the bus from Dean Moorehouse. It came from The Fat Man.

Interspersed throughout the book are letters Fromme received from Manson (and others) from prison. The first of these is shared in this section. It is from 1986 and is autobiographical. This paragraph about his mother jumped out at me:


Moms would run her prison trip to me, how the food was so bad, and her job. Her job was sweeping and mopping the killing floor where men were hung. One day they came to hang a guy when she was still in the mop room, and she hid, and wasn't seen. They set the trap and the noose and something went wrong. The man was too big or the rope wasn't right and his head popped off. It came off his body and rolled down the steps to where she was hiding and she said it blinked at her. Her fear of that ran off onto me, and I took it and never realized until I was on death row for nine counts of murder and seven death sentences on a trip not my own.

Jeezuz, that paragraph is loaded with imagery that ties into his story in more ways than I can possibly try to delve into in a short post. I have though, always believed we carry ancestral experiences and fear in our bodies that can shape our lives in more ways than we can control consciously.

It was during this time window that they met the "florid and gentle" Patty Krenwinkel - who would go on "to, arguably, the most inexplicable mass homicide of its time" at the house of one of Manson's Terminal Island acquaintances. This coincided with Charlie's early encounter at the recording studio with producer Gary Stromberg after which Fromme "was imagining success and fame, but Charlie wondered aloud, 'What would they do with Christ?" (Talking about their previous conversation with Stromberg over what sounded like early ideas for Jesus Christ Superstar - but I could be off-base there). To me, Manson was more in the MOMENT of that philosophical conversation than thinking about what might be in the future.

Pat leaves town with them in the VW Bus and they travel up the Pacific coast:


... [Patty was a] stabilizer amongst women, a listener who demanded no attention for herself, an inspiration and conscience toward our own better attitudes, she was so easy to like that Mary couldn't stay mad [about including her in the now growing group].

...We camped in Washington and Oregon with all the natural amenities: plush green carpets, songbird canopies, clear water and air. For brief interludes we heard the summer's symphony without one beep, whine or groan from a machine, and were the only humans on Earth.

...Tucked into woods at night, he said that all the money in the world was not worth the experience of being there with us.

This should make Panamint Patty's ears perk up:


One day I entered a room where Father Mike was standing over his open briefcase; in it were many plastic bags of marijuana and LSD. Beyond the startled second, he closed the case and behaved as though I'd seen nothing. I think now that Father Mike may have been a distributor for the Brotherhood of Love.

I haven't had a ton of time to read and post but I'll tell you, I'm enjoying the hell out of this book. Apart from interests about learning about "the motives" and so on I always want to get into the heads of the people who were there for the entire ride and see things through their eyes. Fromme is giving that to me!