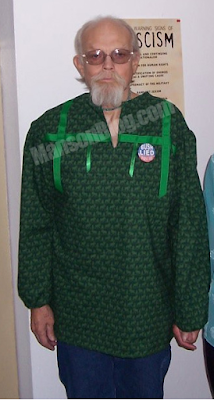 We have belatedly learned that Harold True has passed.  While we couldn't find a Social Security Death Index record, we were able to find his date of death, May 16, 2013, on a family tree at Ancestry.  Harold's mother died a couple of months before he was three years old.  His father died shortly before he turned thirteen.  He was the oldest of three children.  Harold is survived by his wife of 45 years and a son.

Oh my, look at that hat!  Wouldn't Robert Hendrickson have had a thing or two to say about that?!?! 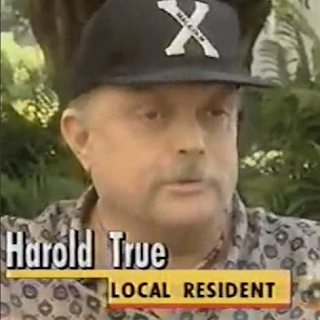