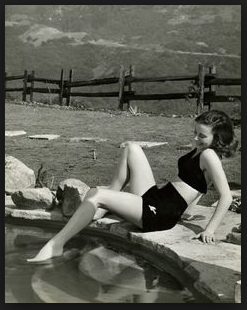 France's President Francois Hollande announced December 20th that legendary French actress Michele Morgan has passed away at the age of 96.  Her family declined to state a cause of death.

She was awarded the first Best Actress award at the Cannes Film Festival in 1946 for portraying a blind woman in Pastoral Symphony.  She has more than two dozen movies to her credit.

Morgan lived in Hollywood, working for RKO Pictures during WWII and it was then that she built a home at 10050 Cielo Drive in Benedict Canyon.  The home was completed in 1941, by 1946 when the war had ended she returned to France.

Thanks to George Smith for this well done video.