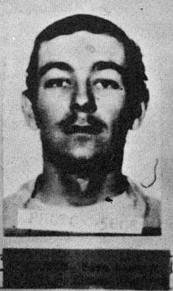 Plumlee, 20 in 1969, was a Family associate/sometime member who first shows up at the Ranch about July of '69, when he was hired by Ruby Pearl as a ranch hand. He was AWOL (Absent Without Leave) from the Marines and someone probably told him he could hide out at the ranch.  He describes his first meeting with Charlie:

Long Beach Independent, 10-28-70
"When I first met Charlie, he walked up and said 'Let me run your life down' and he did. It just kinda blew my mind. He said I had been in jail since I was 14; knew I was at McClaren (Juvenile) Hall; knew I was AWOL. I don't know how he knew."

Was Charlie just plain psychic? Or did Charlie get a peek at Vern's employment application (assuming he filled one out), perhaps via Squeaky, who was always at the side of George Spahn, the owner of the Ranch? But would Vern have told Ruby Pearl that he was a deserter from the Marines or that he had been in juvenile hall? Is this statement by Charlie in fact evidence that someone else (like maybe his handler) was briefing him about Vern's background?

Vern apparently fit right in with the Family:

Ed Sanders: "Vern Plumlee is famous in Mansonian circles in that, armed with a sawed-off shotgun, he creepy crawled the homes of Jack Jones, the star, and Marvin Miller in July of 1969."

In fact he was close enough to volunteer for the night of terror:

Long Beach Independent, 10-28-70
(Plumlee) said Tuesday he watched as accused mass murderer Charles Manson and seven members of his hippie "family" set out to kill (the second night). In fact, (Plumlee) admits "I offered to go along to help, but Charlie said 'no.' "He said he'd keep it in mind, though, for the future."

Did Vern know what had happened the night before at the Tate residence? If so, then he might have been legally culpable as an accessory after the fact. At the very least it shows he was as fully under the Manson spell as anybody else in the Family.

In Sept/Oct of '69, Plumlee split "because fear enveloped the Ranch." But like so many others after the Family broke up, Plumlee soon got into serious trouble even without Charlie's help.

A year later, on September 26, 1970, Vern and a friend--Robert Eugene Russell, in his early 20s--were caught ransacking the home of some people they had just been drinking with in a bar. A fight ensued and two of the residents were stabbed, one seriously.

Long Beach Independent, 10-22-70
Roberto A. Rivarola, 19... was stabbed in the stomach, chest and left arm by Russell, said police. (Plumlee stabbed the other victim, Jeffrey Hanham, 48)... As the three (victims) were ordered into a bedroom, Plumlee reportedly said "I've killed three times before; one more doesn't matter." Rivarola told police that as he lay on the floor pleading for help, Plumlee leaned over, kissed him on the forehead and said "that's life."

It didn't take long for the law to catch up to Vern and his cohort:

Long Beach Independent, 10-12-70
Two former Manson "family" members sought on attempted murder charges in Long Beach have been arrested by FBI agents in Washington state...  Meanwhile, Long Beach police disclosed they raided a motel room here last week where the pair had been staying and confiscated a number of items, including tape recordings titled, "The Manson Story," a typewritten manuscript called "Where's Charlie?" and a book on "Satanism and Witchcraft."
Vernon Ray Dean Plumlee and Robert Eugene Russell, both Marine deserters, were arrested in a hippie commune outside Spanaway(WA) and are being held in Tacoma City jail under the Dyer Act for investigation of taking a stolen car across state lines, police said...
... (Long Beach PD)Officers R.C. Watsen and M.K. Post, responding to the tip, found the books and tape recordings together with a 9mm automatic and 43 rounds of ammunition, envelopes addressed to Charles Watson, a suspect in the Tate-LaBianca murders, a leather sheath and a knife-sharpening stone, several detective books and an Afro style wig.

At this point one might ask "who the hell is Robert Eugene Russell?"  The media claimed he was an associate of the Family, yet he appears on no list of Family members compiled by the police (Lt Deemer's list) or media.

Long Beach Independent, 10-12-70
.... Russell was described as "an associate member" of the family who visited the ranch periodically.  He had been subpoenaed July 22 (1970) while in the Marine brig at 29 Palms to appear as a prosecution witness at the Manson trial.

Here is the only known pic of Russell, taken at the time of his trial, apparently.  Russell seems to have a strong resemblance to another Family associate called "Allen Lee Delisle," 21, (especially around the eyes) taken from the collection of Family mugshots. Are they the same person?

Unfortunately no more is known of this "Allen Delisle" person, or how he was linked to the Family.

From the stuff found in their motel room it appears Plumlee and Russell were still very much tied in to Charlie and Family. And then the question becomes: did the crime have something to do with the Family, or was it done under the influence of the "Helter Skelter" philosophy?

Plumlee and Russell pleaded guilty; Vern was sentenced to prison and ended up doing seven years; after this he went straight and no more was heard from him.

Shortly after their arrests, detectives felt the need to link Plumlee and Russell to another unsolved murder:

This refers to the murder of Norman Weitzman, 39, at the home of his parents in the exclusive Hidden Hills subdivision in the far west part of LA County, just over the hills from Malibu, near Agoura. On July 21, 1970 their home was invaded by three men, apparently intent on robbery.

Norman Weitzman was shot to death July 21, 1970, at his parents' home in the wealthy, gate-guarded enclave of Hidden Hills at the west end of the San Fernando Valley. Three hooded men had broken in looking for cash collected from the company's network of gum ball and peanut dispensing (vending) machines. (The company--Oak Manufacturing Co. -- also manufactured vending machines.)... Norman Weitzman died trying to protect his family. His parents were severely injured by the intruders. His father, Sam, 60, was shot in the neck, rolled up in a carpet and left for dead. Lillian, his 59-year-old mother, was badly pistol-whipped.

But robbery might not have been the prime motive:

LA Times 7-22-70 (the day after the murder)
"Detectives were uncertain about the motive, saying Sam Weitzman's home... had been only lightly ransacked and that several expensive items were left untouched."

LA Times 7-23-70
"...the usual items such as stereos, cameras, and other valuables had not been taken by the killers."

Van Nuys News 11-30-71
"... Money and jewelry were stolen, but there was speculation the invasion was an "underworld" operation."

[Why would police think that a home invasion robbery was an 'underworld' thing?  They wouldn't--unless the victims had links to the 'underworld.'  It should be noted that the vending machine business has a long association with mobsters.]

15 months later, in October or November of 1971, two suspects -- Enrique B. Gil, 20s, and Edward Kessler, 35--were arrested. They did not have any known connection to Charlie or Family.

Two trials resulted in hung juries. A third ended with the acquittal of the first suspect to be tried.  After that, charges against the second suspect were not pursued. The third suspect subsequently died while in federal prison for another crime without facing charges in Weitzman's death.

Paul J. Fitzgerald, who defended Patricia Krenwinkel in the TLB trial, was Kessler's attorney.  Marvin Part, who represented Leslie Van Houten for a time after her arrest, also represented one of the suspects. (Though I don't know if these attorneys represented the defendants in all three trials.) 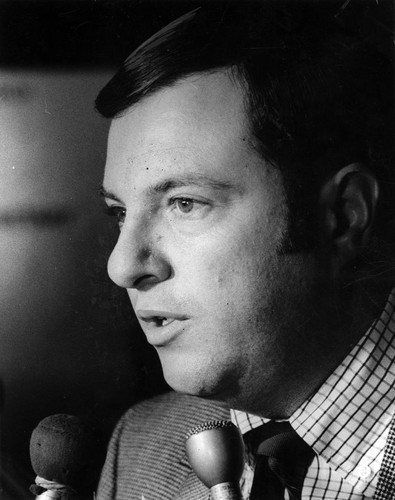 There is no hard evidence connecting the Manson Clan to the Hidden Hills murder/home invasion, and I don't know why the police initially thought they were linked.  But I am reminded of what Tex wrote regarding his drug connection:

Tex Watson, Will You Die For Me?
--pg 51of 120  "I'd  arranged  to buy a kilo of grass from the dealer who'd been supplying the Family — he fronted the dope with a vending-machine company and people said he was with the Mafia."

I'm surprised no fans of the "drug burn" theory of TLB have ever tried to tie the Weitzman murder to the case.

Special thanks to DebS for her help compiling this thread!