Update~ The Manson File: Myth & Reality of an Outlaw Shaman

Summing up 25 years of Nikolas Schreck’s research into the Charles Manson phenomenon, this Book of Revelations illuminates unknown dimensions of Manson as philosopher, musician, Gnostic mystic, Mafia fall guy, revolutionary, and friend, lover and drug dealer to 1960s Hollywood’s best-known rock stars and movie idols.  The first comprehensive study of Manson’s life, times, crimes, and thought, this is the ultimate guide to the Manson mysteries, portraying the human being behind the media-created monster masks.
Drawing on police evidence suppressed during Manson’s trial, Schreck exposes the "Helter Skelter" legend as one of the twentieth century’s greatest cover-ups, unveils the hidden Mafia drug-dealing background of the "Manson murders" and traces the underworld connections linking the victims to their killers. The author’s recent conversations with Manson and others directly involved in the psychedelic era’s apocalypse allow the true story kept secret for decades to be told at last.....

Four Star Review of Nikolas Schreck’s The Manson File: Myth and Reality of an Outlaw Shaman(2011) from Metal Impact (France)

"The Manson File, as brought to you now by Camion Noir, is much more than a revised and expanded edition of Nikolas Schreck’s "The Manson File," which appeared in the late 80s. Former RADIO WEREWOLF member, Schreck has never ceased to try to establish the truth about the 'Manson Family', and the grotesque fraud of the trial of leading Spahn Ranch figures, conducted, it should be remembered, in the absence of Manson, whose choice to serve as his own legal representative was denied numerous times by the court ...The book’s sheer number of pages might dissuade the potential reader. And when you immerse yourself in the narration of facts, it becomes impossible to deny them. If the proponents of the hackneyed Helter Skelter theory have preferred from the outset to focus on a small group of culprits, the affair of the Tate/LaBianca killings is shown here to have involved a huge number of direct and indirect protagonists, many of whom were illustrious figures of the dying sixties scene. But the main responsibility for this hypocrisy that the American justice system has called a "trial" for four decades, is without a doubt Vincent Bugliosi, who masterfully played this parody knowing he was cast in the best role.... Far from trying to make a martyr of him, and far from trying to present him as a saint sacrificed on the altar of dissimulation, he is content to present him just as he is, with all of his philosophies and his contradictions, as the criminal/ philosopher he has always been. As one who has communicated many times with the most famous prisoner in America , he knows who he’s dealing with, and does not disguise his thoughts to give birth to an uproarious and highly praiseworthy work. After reading this book, we’ve encountered a Manson who is always funny, annoying, disturbing, contradictory, but above all fascinating. The man who could have been a beacon of freedom in thought and action ended up imprisoned for life because of meeting the wrong people at the wrong time. ... The Manson File is divided into several sections, distinct but complementary. Charlie is presented in turn as an influential musician of integrity, a shaman as defined by authentic Indian cultures, but also as a criminal who has spent more time in prison than in freedom, and never felt as safe - physically and intellectually – as in that cell. Schreck puts center stage the real culprits of the case, the demented Charles "Tex" Watson, who has become a repentant "good Christian" supported tooth and nail by a procession of fans, star hairdresser and notorious drug dealer Jay Sebring and his friend / sidekick / nemesis "Voytek" Frykowski, friend to Roman Polanski, the husband of the late Sharon Tate, and especially updates the tenuous links between Hollywood, the Mafia, the American prison system, the Pentagon, the CIA, and U.S. Secret Service. What might seem from afar to be yet another conspiracy theory as seen from outside proves entirely credible in these pages and sends shivers down your spine. Thus, the comparison between the mock trial of the Cielo Drive murders and the catastrophic Warren Commission Report is logically proven as a concealment of facts that can on no account be revealed to the light of day. That The Manson File names Dennis Wilson, Sammy Davis Jr., Kenneth Anger, Mama Cass or Anton LaVey is not especially surprising. More so is the appearance of Steve McQueen, Frank Sinatra and his daughter Nancy, "Lucky" Luciano, Jean Harlow or JFK. And the strength of this book is that it manages to establish these connections between these different figures as distant by their rank as their spatiotemporal situation, without falling into the lowest kind of grotesque sensationalism. And once the big picture is put together, the evidence is shown all too clearly to the reader. ... Please note, I am not saying here that we must accept all of Nikolas Schreck’s arguments and conclusions, and it will suit each reader to form his own opinion. But after forty years spent swallowing the "politically correct" versions offered up the former protagonists of the case, whether defendants, prosecutors, former cops and even simple figures of the establishment at the time, The Manson File’s luxurious "Apocalypse Edition" comes like a breath of fresh air, and most importantly, a door to a truth ... This detailed study, which is never content with a simple surface survey, or a simple research work on materials already available, scrapes tirelessly into the deepest reaches of Hollywood's second Golden Age ... Read The Manson File ..."


THE MANSON FILE:
Myth and Reality of an Outlaw Shaman


by Nikolas Schreck
see the NEWS section of 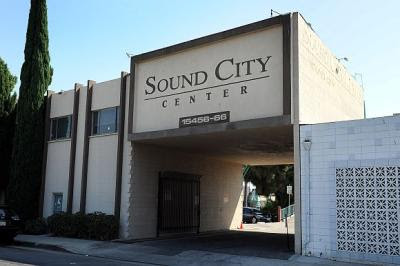 "Convicted mass murderer Charles Manson, who at one point had rock aspirations, recorded demos there (at Sound City Studios) a year before Tom (Skeeter) became involved with the operation."

Located at 15456 Cabritos Road in Van Nuys, Sound City is also where Nirvana recorded their grunge masterpiece "Nevermind." The very last album to be recorded there was by the band Everclear. Tom Skeeter and crew is giving up after 40 years in business; the full article can be viewed here: