Hand signals: What do they mean? 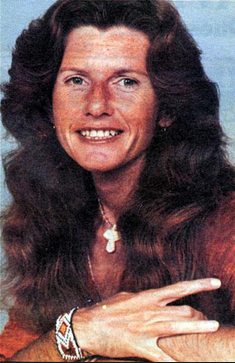 I am sure most of you have studied the above photo, and though a lot about what it meant. I sure have. What year this photo was taken, I haven't a clue, but from the hair style, it looks to me like it might be late 70's early 80's at the most. The question I would like answered is this: WHAT THE FUCK is she doing with her hand? Is it an "M?" If so, does that mean an "M" for Manson? Could it be something else, like some secret, woman club she had at the prison? Could it be a "W" for woman? An "M" for Manwich? What? Aiy!

In the second photo, we have another weird, hand thing going on. Of course, this photo is of Manson himself, and he always has a secret riddle to figure out. He isn't a "beat around the bush" type of guy, unless we are talking about something else. You know what I mean. Observe, and please let me know if you think it could be connected. 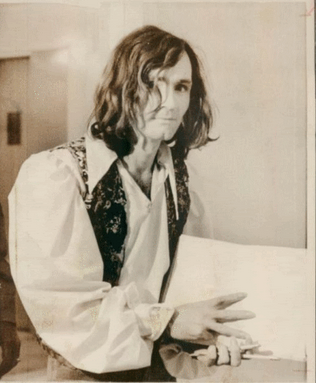 I do believe the third photo below was taken at the same time as the one above, but maybe a few seconds before or after. Same hand thing, though. 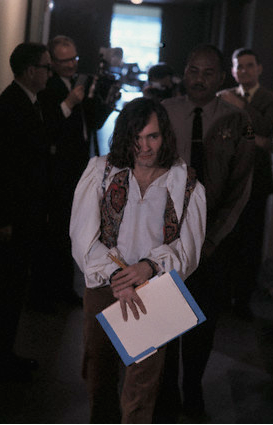 And last, but not least, we need to talk about the horrendous wound that was "carved" on poor Leno LaBianca. Out of respect for the victim, I really don't want to have to publish the whole photo of his body, so I will just show the "W" or whatever it is. The "W" on that wound looks an awful lot like the hand signal that Manson & Pat were sharing in photos.

What do these mean? Has anyone ever asked Manson, or Pat? Well, now that I think about it, you'd probably get a bullshit answer from them anyway. Ya know, I am surprised nobody has brought that up at Pat's parole hearings. Then again, there isn't any real "proof" that she was doing it out of an alliance to Manson. Shall we discuss?