Thanks for MANSON success 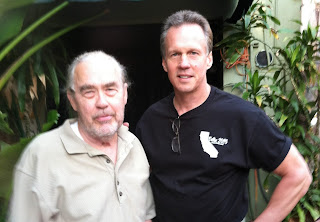 I want to thank ALL for the totally unexpected success of MANSON's return to a theater - after over 3 decades.

Our final encore showing out-grossed every previous showing. AND, of course, NOW the cult classic is poised to grace screens all across America - once again.

In the final Q & A a person asked what the "truth" is and I replied: The truth is what you want to make of it - because now there are only previously undiscovered pieces to the puzzle - waiting to be revealed.

IE: When Bugliosi interrogated Gregg Jakobson about a white vs black war, Gregg confirmed that Charlie "advocated" for the black man to "serve" white man as "President", "the police" and even "legislators."

Then, all the prosecutor needed was a witness to drop the words "President", "the Police" and "legislators" and instead say: "serve white man" and we got an "evil mastermind" trying to ignite a "Black / White" race war -Helter Skelter.  BUT, I'm NOT complaining!!! Nor is the government that collects tax $$$ on the revenue made from the exploitation of MANSON.