UP DATED~ Charlie and Carl Ruona

Thanks to Mr. P for the above article
Also to The Grump for his input. 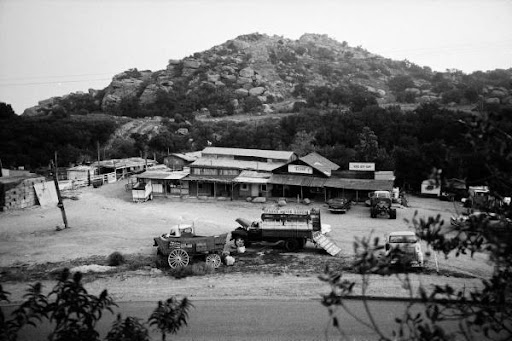 The Manson File-Myth and Reality of an Outlaw Shaman

Thanks to AC for the heads up about the release of the updated version of  "The Manson File"  by Nikolas Schreck under a new title "The Manson File-Myth and Reality of an Outlaw Shaman."

Here are a few tidbits from the new book which I found interesting.

"An analysis of Manson’s musical career shows that he was never the spurned wanna-be Beatle of Bugliosi’s ”Helter Skelter” fantasy but a widely admired darling of such rock industry mentors as his close friends Terry Melcher and Dennis Wilson. Wilson’s crucial role in the events leading up to the Hinman-Tate-LaBianca murders is exposed, as are the exact circumstances which led to Manson’s sudden fall from grace in the Summer of ’69 - just when he was poised for Beach Boys-backed superstardom."

"The drug robbery spree instigated by Charles ”Tex” Watson against his criminal rivals is seen to differ radically from the hippie horror story of random murder and race war presented in court and peddled to the public ever since.

Schreck draws on police evidence and interrogations suppressed during Manson’s trial to unmask the ”Helter Skelter” legend as one of the twentieth century’s most successful cover-ups."

Below is the link to Shreck's website.  The book appears to be in another language.  There is no mention of where to purchase it either. There is a "shop" button at his site which does not work.
I checked Amazon but found nothing about the re-released version.

Some history about Nikolas Shreck-  He is married to Zeena LaVey
daughter of Anton La Vey, founder of The Church of Satan.  Zeena is the mother of Stanton LaVey who gave an interview in "Charles Manson Now."
I found a website about Zeena.  Below is an excerpt from the site.  This website has the only info I could find regarding Schreck's connection to Manson.
Zeena and Nikolas married in 1988; she became the ‘Co-Director
and Alpha Female of the Werewolf Order.’ Zeena, who along
with husband Nikolas staged an event on ‘8/8/88’
celebrating the slaughter of the victims of The Manson Family.
‘The 8/8/88 Celebration's consisted of several Charles Manson movies,
a Survival Research Labs film of a horse skeleton hooked up to various kinds of machinery,
which was interesting, a live performance by the
industrial-dirge band NON and finally a quasi-Fascist Satanic Ritual  involving Anton
LaVey’s large-breasted blonde daughter Zeena LaVey reading aloud from her
fathers books while Felina, Nikolas, Mark and Pauline stood around in
Gestapo uniforms. Unknown or maybe known to them, a more sinister profile
of events had unfolded in that year.

Nikolas Schreck still claims credit for editing ‘The Manson File.’
He was given the job as editor because he worked part-time in a print shop
and told the publisher he would present him with laid-out, type-set and
camera-ready graphic of the work by a certain due date. The due date
came and went and the publisher had to travel to Hollywood and
camp out on Schreck’s doorstep, just to retrieve the source material,
none of which had been worked upon at all.

The publisher himself had to throw the material together and write all
of the text at the eleventh hour. Schreck’s name only renamed on the
project because the book had been announced and the publisher was
none-too-pleased at the prospect of having his own name appear
on this mess that had been tossed together at the last minute.