The Last of the Manson Girls is screening in  Los Angeles this Sunday, June 9 as part of Film Invasion L.A.. Ticket info is below. You can use the code 19manson to get $5 off tickets.

The film is also screening at the Chicago Underground Film Festival the same day.

Based on the essay "My Acid Trip with Squeaky Fromme" by Paul Krassner, The Last of the Manson Girls takes place in January, 1972. Convinced there's more to the Manson murders than meets the public eye, counterculture journalist Krassner embarks on an LSD tinged investigation of the last of Manson's disciples: Brenda McCann, Sandra Good, and Lynette "Squeaky" Fromme. What he finds could change how the world sees the 60s... if he lives long enough to tell the story. 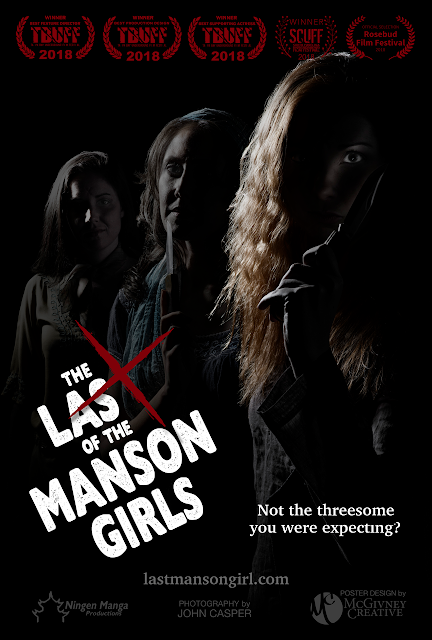