From a The New York Times article available here: 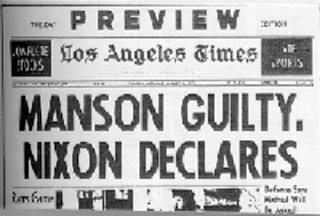 While Manson was on trial in August of 1970, Nixon was talking to reporters in Denver, and complained of a media tendency to “glorify and to make heroes” out of people like Manson. He noted that the trial was getting daily coverage, then added “Here was a man who was guilty, directly or indirectly, of eight murders without reason.” Within half an hour, Nixon’s press secretary issued a correction, saying that the president had simply failed to use the word “allege” and had not intended to prejudge the case. In court the next day, Manson was able to grab a copy of The Los Angeles Times and flash its front page (“Manson Guilty, Nixon Declares”) to the jury.
Robert Dallek, a presidential historian, said “He (Nixon) was playing to the whole idea that conservatives stand for law and order and Democrats were permissive and indulgent toward criminals.” 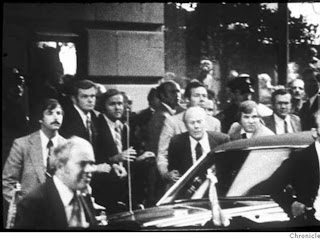 Squeaky “attempts to assassinate” President Ford on Sept 5, 1975 in Sacramento’s Capitol Park. Panamint Patty’s favorite account is Jess Bravin’s:
“As Ford flashed on fear, the sensation passed to Irene Morrison, on Lyn’s right; it was Morrison’s hand Ford had been shaking, and she had hoped the president was about to say something to her. Instead, as his color drained and his features contorted, Ford sucked up air and reflexively jerked back, yanking the twenty-eight-year-old secretary along with him. His right hand flew up to cover his face, his left hand down over his groin, toward which a red sleeved arm was angling.” 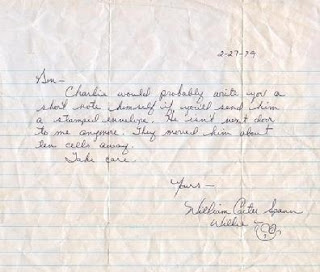 President Carter’s younger sister Gloria Carter Spann’s son William Carter Spann was imprisoned with Charlie for a time at Vacaville. You can read Willie’s story, “The Sad Tale of the Bad Peanut,” here in the LA Times:
http://articles.latimes.com/1997-03-16/news/mn-38842_1_jimmy-carter. "Charlie's crazy," he said of Manson, "but he's got a sense of humor that can't be beat." Willie Spann died of AIDS in Oakland, CA in 1997. 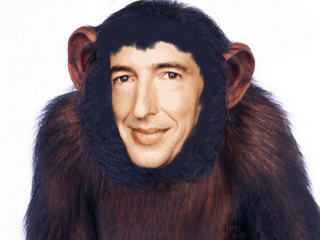 President Reagan’s son Ron Jr. famously interviewed Charlie in 1991. You can see part one of the full interview here on youtube: CLICK HERE. When Manson explained his “message” and asked the President’s son if he believed in God, Reagan responded, “No, I do not.” This was, apparently, a BIG F***ING DEAL. In 2009, Ron Jr. accepted the Freedom From Religion Foundation’s "Emperor Has No Clothes Award." He described as a youth reading the Bible and finding God "positively psychotic." People despise atheists, he declared, "because they're terrified about the weakness of their own faith." 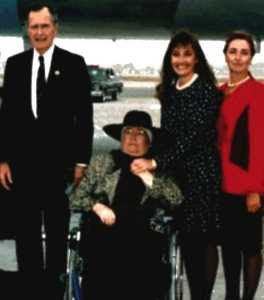 In 1992, President George H. W. Bush recognized Doris Tate as one of his "thousand points of light" for her volunteer work on behalf of victims' rights. By this time Tate had been diagnosed with a malignant brain tumor. Her meeting with Bush marked her final public appearance, and she died later the same year. 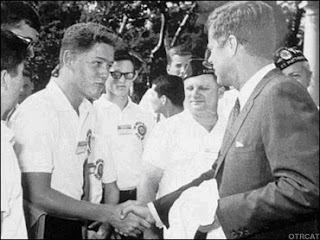 There are no direct connections between Bill Clinton and The Family that Patty can locate. But, she will have you consider this: Both Bill Clinton and Charles Manson came from broken homes and were subject to incredibly cruel neglect and outright physical abuse as children. Why did their paths diverge so radically? What made the difference? 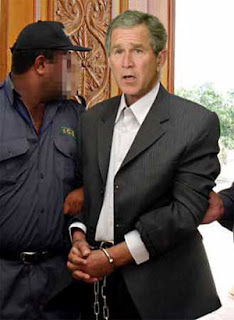 
From THE BUG’s Wikipedia entry: “Bugliosi condemned the U.S. Supreme Court's decision in the Bush v. Gore decision that decided the 2000 presidential election. He wrote a lengthy criticism of the case for The Nation titled "None Dare Call It Treason," which he later expanded into a book titled The Betrayal of America.
He also believes that George W. Bush should be charged with the murders of more than 4,000 American soldiers as well as more than 100,000 Iraqis who have died in Iraq since the American-led invasion of that country, because of his belief that Bush launched the invasion under false pretenses. In his book, The Prosecution of George W. Bush for Murder, he laid out that evidence and outlined what questions he would ask Bush at a potential murder trial. Bugliosi testified at a House Judiciary Committee meeting on 25 July 2008, at which he urged impeachment proceedings for Bush.” 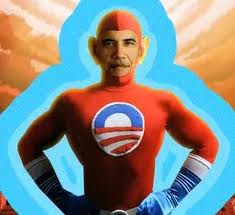 Earlier this year a Michele Bachmann for president supporter called in to an Iowa radio show and had this to offer: “I’m telling you, the guy is a walking nightmare,” the man said of President Barack Obama. “I would vote for Charles Manson before this guy.”
Bachmann supporters were not the first to make this comparison. This link shows similar tactics by a dude at a 2008 Palin/Coleman rally:

Obama detractors like to speak of The Cult of Obama (see americanthinker.com):
“If Obamamania is a cult, then Obama is the cult leader. Cult leaders routinely pull the strings of their followers. The most extreme example is Charles Manson. He rots in prison for murders he never committed. He didn't have to do the dirty work. His brainwashed charges did his bidding.”
Poor Barack! Patty would never want his job. Even Charlie does not think much of him! In the recent Spanish Vanity fair article, Charlie calls President Obama “"a slave of Wall Street” who “doesn't realize what they are doing. They are playing with him."

Helter Skelter, Baby. Have a Great President’s Weekend, will ya?