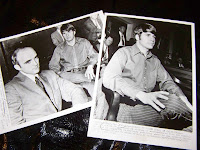 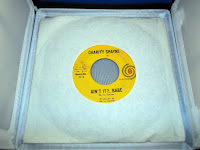 Gypsy's record singing as "Charity Shayne" for sale on E-bay.
3 bidders at $21.50 ends in 23 hours.
Some Tex pics $14.99 ends in one day with one bid.
I am to lazy to provide the links. Just type Charles Manson in the search box.
Manson Behind The Scenes by Bill Nelson- one buy it now for $49.99 with 10 days left.
A few copies of "Desert Shadows" as well as Texes book and "Taming the Beast."

Ken's previous post reminded me of something. During an interview with Stephanie Schram on Brian Davis' site, Star City Radio (link below). Stephanie mentioned everything happened so long ago she can't remember all of it.

You might remember Dianne Lake contacted me back in August. Since then, Dianne and I have kept in contact with each other. She has gone on to lead a much deserved normal life, marrying and having three children and beautiful grandchildren.

Like Stephanie, while questioning Dianne, there were also a few things she could not remember.

It was over 40 years ago. Shit, I personally can't remember stuff that happened last week.

I asked Dianne if the girls came with their nicknames or were they bestowed upon them by certain people as we have read. Dianne offered me what she could recall and her permission to share it with the blog.

Since she could not remember 100 percent, Matt did not consider it blog worthy, but I do.

I really, really hope Matt does not fire me for posting this.

Dianne- a.k.a."Snake." - It was while we were living on Summit Trail and the weather was very hot. While sitting with Lynn and Sandy, I imagined myself as a snake slithering through the cool, tall green grass. I shared my thoughts with Lynn and Sandy who in turn told the others. From that day on I was called Snake."

Lynn- a.k.a. "Squeaky" - Lynn's laughter sounded like a "squeak." George Spahn found her squeaky laugh amusing and gave her the nickname "Squeaky."

Ruth Ann- a.k.a. "Ouish" - One of the children could not pronounce Ruth Ann. It would come out sounding like "ouish". From then on Ruth Ann was called "Ouish."

Cahterine Share a.k.a-"Gypsy" both girls arrived already with their nicknames.

I sometimes wonder why Bobby and Bruce are still rotting away in prison.
FROM http://www.cdcr.ca.gov/Parole/Life_Parole_Process/Index.html

Only inmates sentenced to life in prison(Indeterminate Sentenced), with the possibility of parole, are subject to suitability hearings by the BPH.

Some life inmates are sentenced without the possibility of parole. All prison inmates in California who are not serving life sentences (known as Determinate Sentences) are released on parole after serving the sentence imposed by the court and are supervised by the Dept. of Corrections and Rehabilitation.

Inmates serving life sentences become eligible for parole hearings automatically, one year prior to their minimum eligible parole date (MEPD). Being scheduled for a parole hearing is no indication of the inmate’s suitability for release from prison.

Whether inmates are found suitable for parole is a judgment of the BPH hearing panel. These inmates are sentenced to the possibility of parole, not the assurance of it, recognizing that their maximum potential sentence is life. It is not uncommon for inmates to receive many parole hearings before they are found suitable for release. By law, inmates can be found unsuitable for parole for the following denial lengths: 15, 10, 3, 5 or 7 years. Suitability criteria Parole hearings are not to decide guilt or innocence. The BPH accepts as fact the guilty verdict imposed by the courts.

I assume the paragraph below contains one or more reasons Bobby and Bruce are still incarcerated. Maybe they have not complied with ALL the conditions.

The purpose of a parole hearing is to determine if or when an inmate can be returned to society. Under normal circumstances, the panel or the Board shall set a release date unless it determines that the gravity of the crime (offense), or the timing and gravity of current or past convictions, requires a more lengthy period of incarceration to ensure public safety. In general, some of the factors considered by the panel and which are discussed in the hearing include:counseling reports and psychological evaluations behavior in prison (ie, disciplinary notices or laudatory accomplishments) vocational and educational accomplishments in prison involvement in self-help therapy programs that can range from anti-addiction programs for drugs and alcohol to anger management parole plans, including where an inmate would live and support themselves if they were released.

A person who has been imprisoned for holding or advocating dissenting political views.

Are the Manson crimes political views? 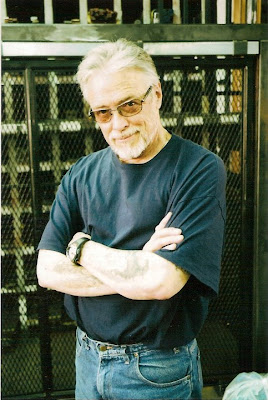 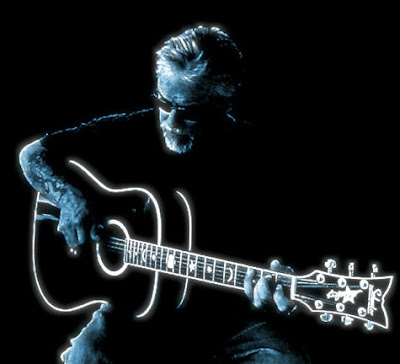