The little hippie or the little idiot? 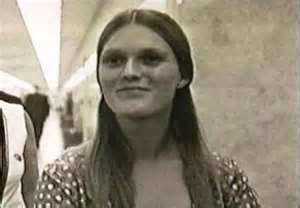 Why didn't Linda Kasabian run like hell the night of the Tate murders, and call the police? She could of ran past where they parked the car, and knocked on ANY door to call the police. IF she would of done so, the LaBianca's murder would of been prevented. Of course, I know she could not have saved anyone at Cielo, but......well, I know there isn't too much to say about Linda Kasabian anymore, but thought I would bring it up. Tex Watson sure did seem to like her. In his ridiculous, self-serving book he described having a "moment" with Linda. I have never known what to think about her. She fit right in with the Family as soon as she got there, and had no problem participating in lots of anonymous sex with men, and women, partaking in lots of drugs, and stealing. A perfect match, if you ask me. So what do our readers think of Linda?