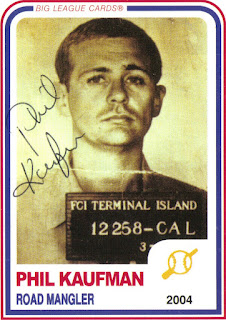 The Grump from Pahrump has graciously filled us in on what the Chandler Boulevard address on Charlie's application for a gasoline credit card was (see http://www.eviliz.com/2012/06/ready-manson-handwriting-analysis.html ). He writes:


"Here is some info on the Chandler Street House in Question.  It comes from Phil's book, Road Mangler Deluxe.  Good book, lots of info on Manson, A Joint Venture, and the Lie Album. It has a picture of Harold True in it, as well as info on the house next to the LaBiancas.
If you buy it from his website, he autographs the book to you, and you get the autographed card.
http://phkauf.com/" 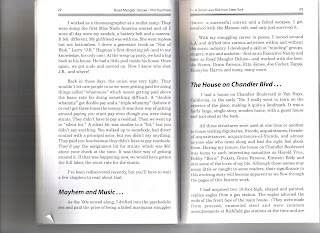 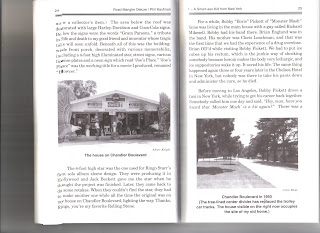 Phil was arrested twice for smuggling marijuana. He produced the Manson Family's album, "Lie" under the business name of "A Joint Venture." Notice in the top photo he was at Terminal Island, which is where Charlie also was before being released in 1967. Harold True is confirmed by Phil as having been a resident of the Chandler Blvd. house.  All of these people thought that they were starting a revolution. Does anyone else find this significant besides Patty?