When Charlie and the others were arrested for the Tate LaBianca murders Emmett Harder was one of the few people who went on record at length to say that he had a hard time believing that Charlie was involved.  By the time Harder wrote These Canyons Are Full Of Ghosts, with three chapters devoted to the Family, he had backed away from the views expressed in this article.


Here are Harder's first impressions upon learning of the charges against Charles Manson and his Family. 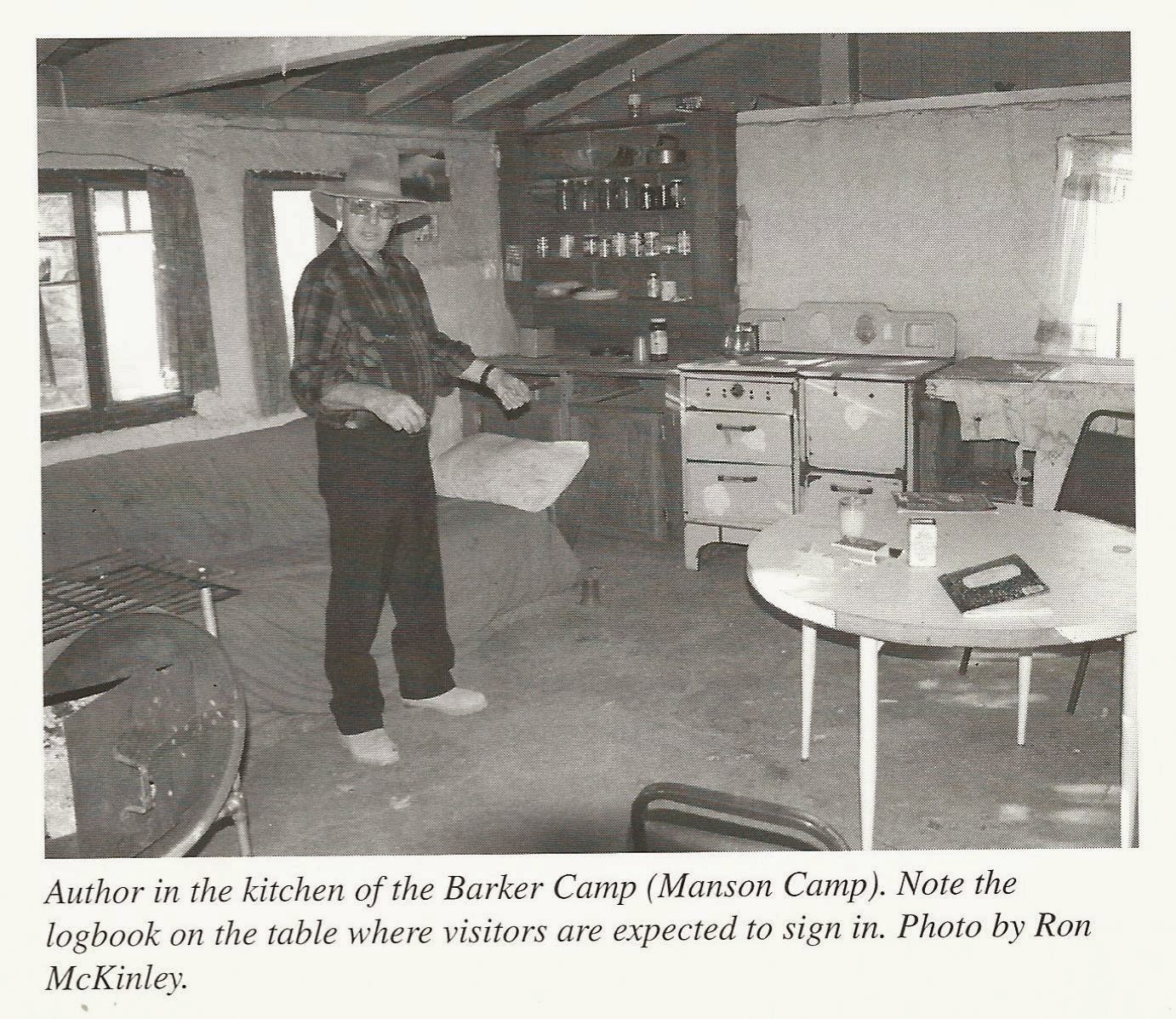 Is he a bearded leader of a hippie "black magic cult" which savagely killed Sharon Tate and six others?  Or is Charles Manson the patriarch of a lost tribe of young people looking for their own society away from it all?

Emmett Harder, 37, s geologist and prospector since he was 9, knows Charles Manson.  He hired Manson and his "family" to work around his Death Valley mine near Barker Ranch, home of the "family" for several months.  He invited Charlie to dinner at his Devore home.

"I find it hard to accept the fact that Manson had anything to do with those brutal slayings," Harder said yesterday.  "I found Charlie to be an intelligent, hard-working person dedicated to taking care of the young people camping with him.  I never once heard Manson called anything but Charlie.  No one called him Jesus or God.  And he was clean shaven with medium length hair, too."

Harder said he remembered only first names (with the exception of Manson) of those in the group.  But he said he recognized the faces of the four already in custody for the Tate murders.

"There were a couple of Chuck's (Charles Watson) and a T.J. and a girl who appeared to be a bit retarded or at least abnormally naïve (Susan Atkins)."

Harder admits it has been a year since he last saw the man now accused of using "hypnotic power" to order the ritualistic slayings of seven persons in Los Angeles last summer.

But his description of Manson and his followers is in direct and striking contrast to reports circulated by news media about the hippie band.

Harder said he first met Manson in June 1968 at his tungsten mine seven miles from the Barker Ranch.  He said Manson and five or six young men walked into the camp to ask for jobs.


"They were very interested in prospecting for profit.  They asked me if they could help.  I gave them a burro and a week.  When I visited the Barker Ranch at that time, I found they had collected over 1,000 pounds of ore for me."


Harder said he developed a respect for the young band "because I know what physical effort is and those young people were not afraid of physical effort."


Harder said Manson asked him to speak to the group on prospecting.  He said he took the young men on several field trips to acquaint them with rocks and formations.


The prospector voiced concerns over newspaper stories and pictures which gave the impression the group lived in squalor.  "The Barker Ranch was never neater than when Charlie was there.  He was a father-figure, organizing, directing, assigning duties.  I think a lot of the mess shown in the photographs was a result of the raid- or- perhaps it was made by another group.  The ranch was always open to anyone who wanted to use it."


Harder described the "family" as young people who appeared lost and hurt, as if society had slapped them in the face and turned them out alone.


"They didn't feel that they were lost.  They said they were trying to hide from society, trying to run away from its problems...."


Harder told of one of the many times he visited them.  He said they were sitting around a fire, drinking coffee and remembered being impressed that they were familiar with passages from the bible.


"We were talking about how lucky we all were.... sitting in the desert darkness alone but together.  Out there we felt closer to God and country, Charlie said "That shows you how true the bible is."


Manson and his followers ran into a unique prejudice at Barker's Ranch which apparently followed them from their beginning in the Haight-Ashbury section of San Francisco.  "It was the word 'hippie'," Harder explained.  "The prospectors most assumed hippies were bad people.  The local people were a bit afraid of Charlie and his group.  Charlie said he didn't like the stigma and moved out of the Haight-Ashbury because of it."


The last time Harder saw Manson a chilly night in November 1968 after the Harder's had spent a peaceful dinner with the suspected killer.


Manson and three of his followers had ridden to Harder's house in Devore for dinner before catching a ride into Los Angeles.  "He talked about his music a lot.  He said he has written some for the Beach Boys, a popular rock group, and an album was due for release."


Said Mrs. Ruth Harder: "I remember he played the guitar and sang.  The girl who was with them walked in the garden with me, discussing rocks and flowers.  She was pretty and clean.  They reminded me of the kids who used to visit the house when my daughter was going to school."


Commenting on the picture of Manson circulated by the press last week, Mrs. Harder said Manson looked "frightened, puzzled by it all.  He had a trapped look...."


Gerald Harder,15, held up a mounted gold record he said he received through Manson.  The album was awarded the Beach Boys by Capitol Records indicating a million-seller.  The record was "All Summer Long."


"I got it from a man who once loaned Charlie a four-wheeled drive vehicle."  Gerald said.  "Charlie gave the gold record as sort of a payment for the help he received."


Harder said he and his son have thought about going up to Independence where Manson is being held to talk to him.  "I'd like to find out what it's all about," Harder explained.  But we don't want to go up there with all the newsman.  We'd like to see him alone.  Maybe when he is moved to more permanent confinement, we'll see him and he can tell us what all this is about."


The article goes on to describe the victims and speculates about the suspects and the charges.


A press photo of the gold record that Gerald Harder speaks of, which accompanied this article, was a post of its own HERE a while back.