Screams from Tate murders: Who was it? 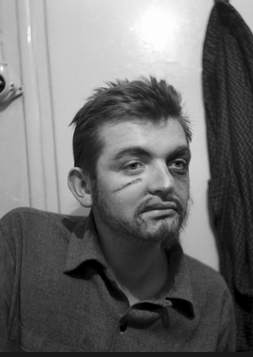 We've all read about the assortment of peculiar noises, gunshots & screams heard that awful night of August the 9th, 1969, and various sources have told different stories as to what actually occurred, and in what sequence, but do we really know 100% what happened? I would have to say a big "hell no!" I don't think anyone does, except for the monsters who were responsible. I'm sure this has been discussed over & over, but I wanted to mention it AGAIN. According to the prosecutor of this case, a man named Tim Ireland heard, at approximately 12:40 A.M., a man screaming "Oh, God, no, please don't! Oh, God, no, don't, don't, don't...." This was verified by police. (Mr. Ireland probably did not sleep too well for many months afterwards. I know I wouldn't of.) Also, according to defector witness Linda Kasabian, she saw Wojciech Frykowski stumbling out of the house, covered in blood. She also said he was screaming. Did she ever testify as to WHAT he was screaming? I don't know. This "point of view" has also been shared by the actual perpetrators too. Of course, whatever comes out of their yap is worthless, because it's usually self-serving bullshit, but.... What doesn't make sense is, IF, and I mean IF it was Wojciech screaming, why on earth would he have screamed in English? This is something I have never been able to understand. This man did not know English that well, and most likely would of been screaming in his own language, which was Polish. He was also fluent in French, since that is how Abigail Folger was able to communicate with him upon their first meeting. The only possible reason I could think of why he would of screamed in English was to try to get help, but he was probably so scared, and mortally wounded, he wouldn't of even known to do that. All of the victims were most likely in shock, and their brains probably couldn't even function beyond anything, much less trying to remember English phrases. This is one of MANY things about this case I just don't get. I know a lot of people think that Sharon & Jay were outside at some point during the attacks, because their blood was found on the porch. I always thought that was a mistake, caused by the incompetent crime scene technicians at the time. Of course, anything is a possibility. After all these years, one has to wonder WHY Tex & Pat aren't telling the truth about what really happened. Who are they protecting, and why? Sounds, screams, and other clues just don't add up to their version of what happened. I question a lot about this case. What do you think? Was it Wojciech Frykowski, who Tim Ireland heard, or Jay Sebring? Let us know what you think! I'm very curious to know what our readers think. 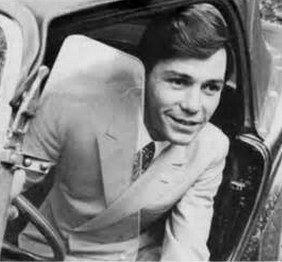