Matt speaking here: You know, after visiting Cielo and the proximity of Weber's house - these morons weren't escaping at the time. They went for that hose in the opposite direction of the escape route I would have chosen. Of course my sense of self-preservation is strong. Dissent, anyone? 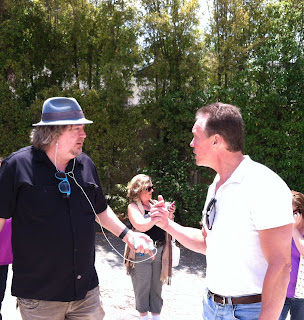 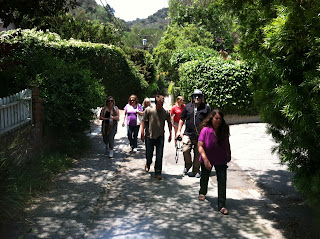 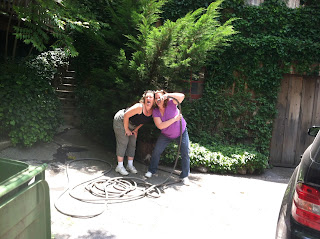 DebS speaking here:  Until I went to the actual different places that come into play I did not realize how close Jay Sebring's home was to the Rudolf Weber home.  The two homes are  on streets that are a block apart and run parallel to each other.

Both streets dead end and are very narrow, if two cars going in opposite directions were to meet on either road one car would need to pull over to let the other pass.  I do not understand why the killers would choose to go up a dead end road like that.  Additionally, they must have gone past the Weber home to the end of the street and turned around, stopping at the Weber home to wash off on their way back down the street because Mr. Weber said that he tried to remove the keys from the ignition but the killers drove off and got away.  If they were headed up the road Weber could have intercepted them on the way back down.

The proximity of the Sebring home to the Weber home made me wonder if it was the intention of Tex and the girls to go to Sebring's home after the killings, perhaps to rob it of money or drugs, but turned up the wrong street when looking for Sebring's. LA is huge, what are the odds that the killers happened to drive up the street next to the street of one of the victim's?

Here's google map I made showing the two residences locations.  Weber's is A and Sebring's is the blue arrow.  Google places the two homes .3 miles apart. 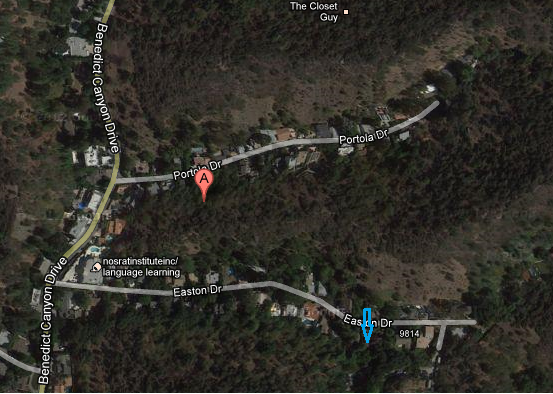