Just discovered this today, although it’s been out for a year now. Apparently Jimmy Page of Led Zeppelin had recorded some tracks for the Kenneth Anger film, Lucifer Rising. To refresh your memory, that was the film that Bobby Beausoleil had been involved with. Don’t know how much you all were into Zeppelin, but Jimmy Page was into the occult, the “dark arts” and such back in the day. Who knows if he still is, or not. Anyway, this was news to me, so it might be news to some of you too. 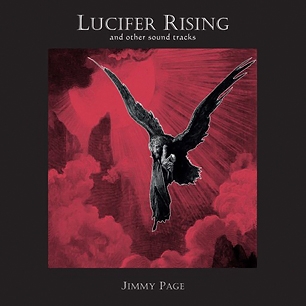 Jimmy Page Unearths Soundtrack Album Guitarist releasing avant garde early Seventies instrumentals Jimmy Page's avant garde soundtrack music from the early Seventies will finally be released on March 20th. Lucifer Rising and Other Sound Tracks will collect several compositions that were recorded at the Led Zeppelin guitarist's home studio, including the title piece, which was intended for use in Kenneth Anger's short film Lucifer Rising. The music never made it into the picture, but Page did make a cameo in the film.
Page will release the record exclusively through his website. An LP edition will be issued on heavyweight vinyl, and a special run of numbered copies will be released as well. The first 93 copies of that set will be autographed by Page.
The track listing for Lucifer Rising and Other Sound Tracks is as follows:
Side One
"Lucifer Rising – Main Track"
Side Two
"Incubus"
"Damask"
"Unharmonics"
"Damask – Ambient"
"Lucifer Rising – Percussive Return"