A visual perspective of Gresham Street might be helpful when attempting to put things together that are related to the Manson Family.

Gresham Street was a dirt road back then.

The undersigned proceeded to the Gresham Street address and around the corner at 8864 Independence, the vehicle was observed, apparently abandoned due to heavy layers of dust and rain spots. A latent print deputy was called and Deputy P. Chamousie responded. The vehicle was impounded and dusted for prints which were lifted from a foot locker in the trunk and later identified as the palm prints of Bruce Davis. The vehicle contained numerous clothing, a foot locker with the name "Donald James Shea" and personal effects. The vehicle was impounded at the Calabasses Garage. This vehicle was registered to Barbara P. Enfield, 12121 LaMaida, North Hollywood, California. Miss Enfield was subsequently contacted by Deputy Guenther and stated she had sold the vehicle to Donald Jerome Shea approximately May 1969.

Here is a Google map of how the area looks today.  The address where the car was found, 8864 Independence Avenue is marked.  The Gresham Street house is no longer there and has been replaced by apartment buildings.  It also appears that the street has been re-numbered.  Gresham Street is only two blocks long.

As far as the report’s statement that Miss Enfield was contacted by Deputy Guenther, it didn’t happen.  Barbara Enfield died July 18, 1969.  However, Miss Enfield’s son, John, was contacted and stated that he was the person who sold his mother’s car to Shorty after her death.   As an aside, Barbara Enfield was an actress better known as Barbara Pepper. 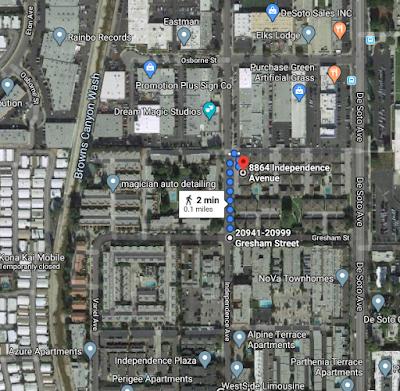 Now, here is the aerial photo of the area showing “Vance’s House”, an X with the initials LS house in black marking pen.  In blue ball point pen to the left of the other markings is another X and illegible letters which is where Shorty’s car was found.  The initials LS denote Lee Saunooke. 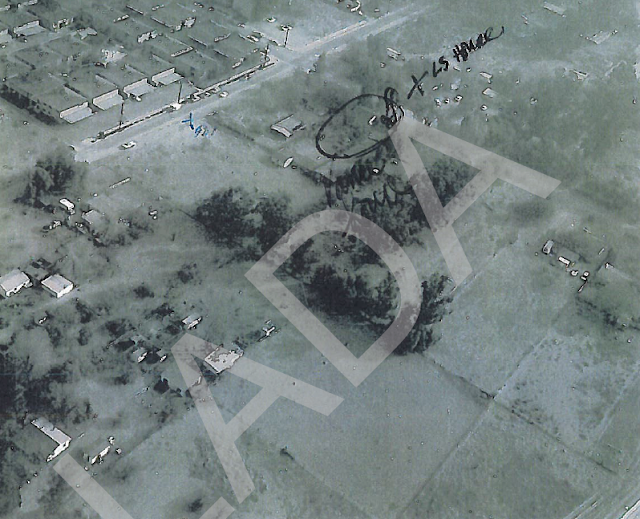 Here is another aerial, this time showing Vance’s house, marked with black marker in the center of the D in the watermark.  At the bottom of the photo is LS house, again denoting Lee Saunooke’s home. 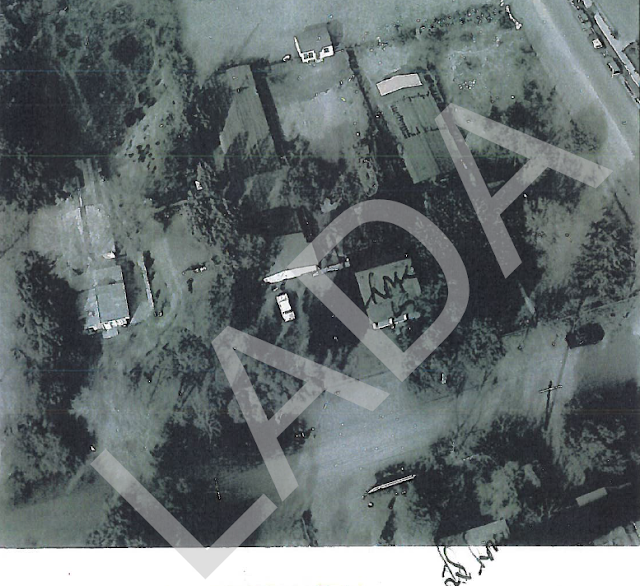 The Gresham Street house had a main house in front, a much smaller house at the back of the property and a number of chicken coops in the yard with a large garage up front next to the main house.

More pictures of the house taken by law enforcement. 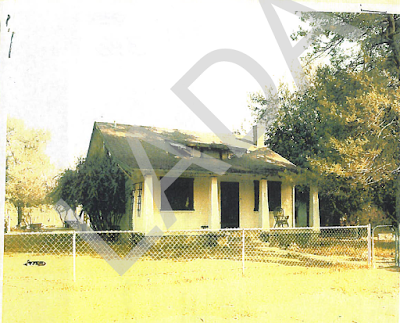 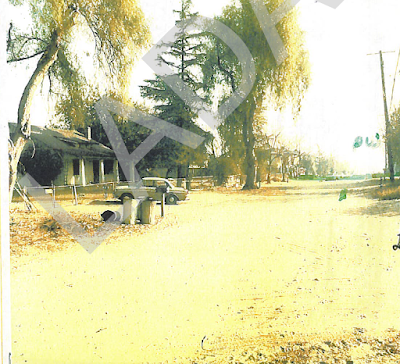 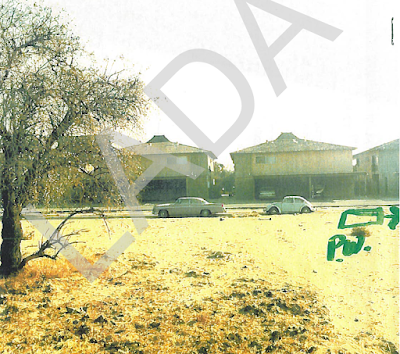 These next two photos were in the San Fernando Valley Times, December 11, 1969. 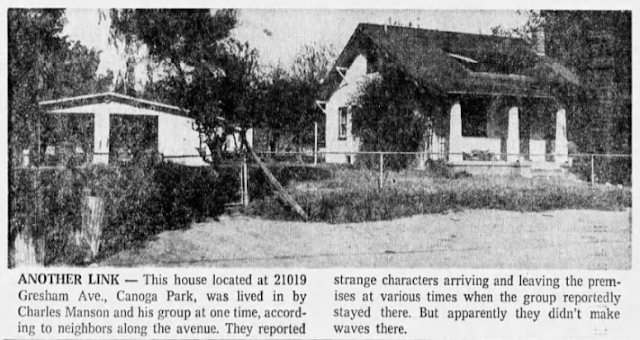 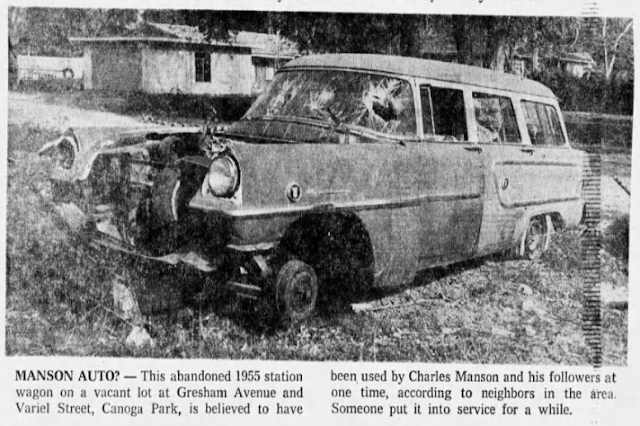