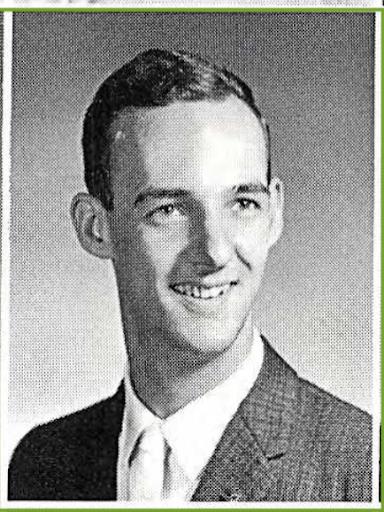 Bill Nelson might be the most interesting of the Manson researchers who went crazy on the quest. He is tagged fifteen times in posts along the right column of this blog. While researching Tex Watson last week, I fell into Nelson's twenty-nine page pdf manuscript. A madcap binge of all things Nelson followed. I hoped to create a sort of Cliff's Notes for noobs and maybe a quick reference guide for everyone else.
There's too much tomfoolery for a single post.
A one-dimensional slash across Nelson's one-dimensional face - nasty as he became - isn't fair. Bill Nelson was a complicated man. I went searching for a starting point, failed, and asked secret agent Deb for help. Within an hour, I was falling down the rabbit hole.
Nelson's cumulative stats senior year of high school. No GPA. I'm unsure how someone plays on the football team and marches with the Color Guard but maybe that's why the numbers are included. Just one year of track. No hurdles records.
I hope the Nelson's weren't related. Thanksgiving Dinner might be rough. "Didya hear NASA made Joe a supervisor?"
"Pish-posh. Bill sent Sadie Mae Glutz a nightie." 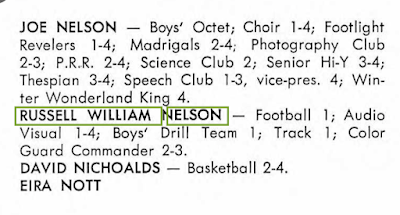 Nelson entered the Navy after high school and served during Vietnam. 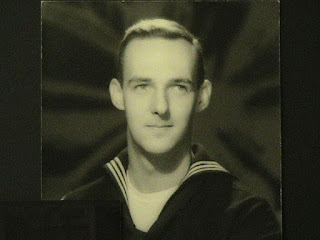 He married a pretty gal in a beautiful dress. 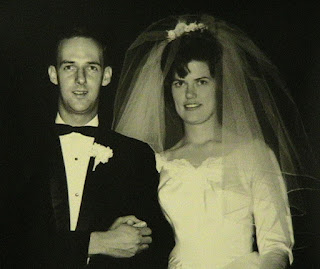 Nelson doxxed. I won't return serve but he's gotta pay something. You can't follow little kids around and expect compassion.
A friend sent me a Manson saga version of the Stages of Grief. Stage One is Jailbait Orgy Obsession. Did Nelson never move beyond Stage One?
Hindsight is 20/20 but this interview with Snake Lake is heavy on the cringe regardless. Slime oozes from his words. Nelson asks about her sex nickname at age fifteen. You will find a baby GreenWhite comment below the post from back when I thought I could solve things. Shudder.
You think you know people?
Nelson knew people. He was in with the prosecution, the victims' families, the incarcerated, and the Family. He worked with Court TV filming parole hearing. And sold Manson stuff on his website. We will never see his like again.
Going after Sandy was a mistake. Nelson grew comfortable terrorizing inmates and moved into the private sector. Before long, a little bird whispered into Stimson's ear and Nelson was finished. Sex charges involving minors. Oh, Bill.
Do we separate the art from the artist? His research for the 25th anniversary update of Helter Skelter was solid. Nelson brought a lot to the study but will time remember him? Will his name come up when they're arguing race war in seventy-five years? 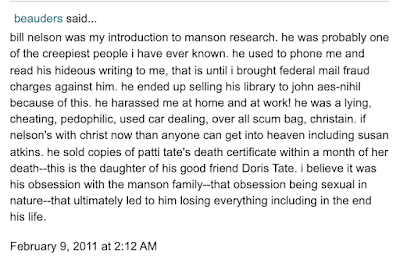 Tracking back through Internet history, I struggled to find Nelson supporters.

Nelson never attempted to cozy up with Family men. The ladies were his special concern. Jumping from new friend to new friend on his climb to the top, the researcher chewed them up and spit them out. When someone from the Family answered one of his syrupy letters, Nelson sold copies of the reply.
He stole the show at LVH's parole hearing. Lulu ran back to her room while Nelson yucked it up in his goofy Hawaiian shirt. That video remains on Bret's YouTube page if you remember Bret. Last year, a decade after his death, Bret's page began sharing scammy, unrelated content. They get no links.
Without question, Nelson craved dune buggy time machine sex with the Spahn's girls. How a square like him ever imagined he stood a chance is baffling. Listen to that convo with Lake. Yikes!
But Nelson's biggest boner was reserved for Mr. Watson. Maybe to play Bugs to Tex's Manson and rake in that cold cash. Brothers-in-arms selling paperbacks until the end of time. Except no Gentry on Team Nelson. Another mistake. Nelson wrote like a middle schooler.
Or maybe he thought Tex was the star of the production?
Jealousy over finding himself excluded from prison parking lot sex with Watson's wife in a wood-paneled trailer also crossed my mind. But maybe a few years before Kristin Joan Svege became Mrs. Tex Watson. Nellie liked them green.
Kristin and her parents steamed into New York from Norway the last day of August 1961. She was two years old or almost two. Kristin and her mother are US citizens.

The future Mrs. Tex attended Asbury Park High School. Below is her yearbook photo from 1974. The Boss was ten years older and attended Catholics schools. Miami Steve was born in Massachusetts but grew up in Middletown, New Jersey. Bruce came to see him play in '65 and the rest is history. 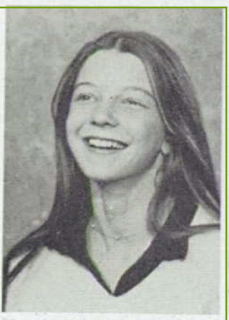 Tex and Kristin's wedding announcement in the Sacramento Bee. The Secret Service agent behind Nixon looks like Watson. Baseball player Rod Carew poses with the former US President. 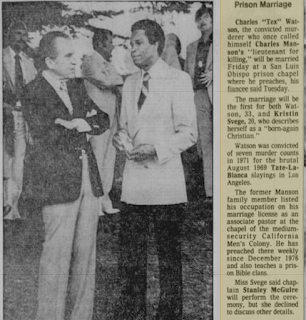 After a week spent reading, watching online, and bothering people about Bill Nelson's obsession with Tex Watson, I walked away shaking my head. Dude lost his mind trying to be chief Manson expert and former young love confidant. A sigh of relief went up from every Manson circle when Nelson exited this mortal coil in 2005.
If we don't discuss Nelson's Tex book in the comments, I'll write about it next week.
-------------
Bonus Material:
What happened in your brain, Bill? 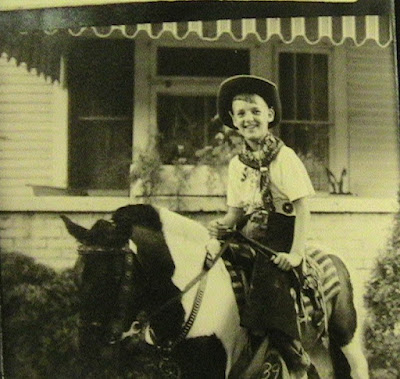 I'm interested in learning more about Mr. Nelson if you're willing to share. +ggw
Posted by G. Greene-Whyte at 9:19:00 AM 51 comments