The Netflix Companion: Will You Kill For Me? 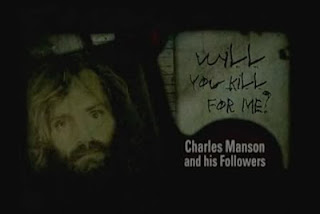 Currently streamable on Netflix is this 2008 NBC Documentary with The Bug, Catherine Share, Dr. David Smith, Linda Deutsch and Dr. Jack Levin. Patty will remind you that Dr. Smith is the founder of the Haight Street Free Clinic. Linda Deutsch was an AP correspondent who has covered the case since the beginning, and Dr. Levin is a criminologist from Northeastern University who kind of set the tone for a well-balanced (albeit entry level) treatment of the subject:

"I think we have to look beyond the label of monster, crazy, insane. We have to try to understand the entire situation, the circumstances...how the counter culture arose during the 1960's...some of the characteristics of those people who followed Manson and actually carried out the murders, and finally, we have to understand Manson as a human." 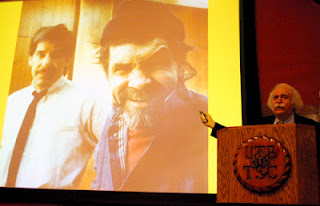 Dr. Levin is a man after Patty's own heart. He is balanced in his approach to whether or not the Family was brainwashed, and whether or not Charlie truly ordered the crimes. He does not take sides nor jump to conclusions. He states that "we may never know," but that certainly, it could and most likely will happen again. His interview is in sharp contrast to that of The Bug, who gives us his same old Helter Skelter dog-and-pony freak show. 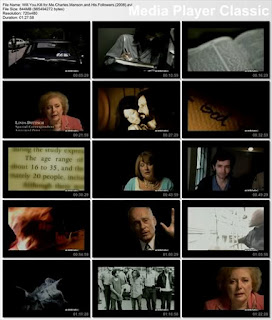 What may be interesting to The Evilist are the interviews and some of the news footage, including original NBC national coverage with David Brinkley. What may be annoying to you are the goofy "reenactment" scenes. In some places, they make no sense while in others, they're absolutely wrong. For instance, both Sharon and Gibby are wearing long white nightgowns when we know Sharon was in bikini underwear. In other scenes, the criminals and victims just kind of stare at each other in a kind of time warp while the canned spooky, discordant music plays.