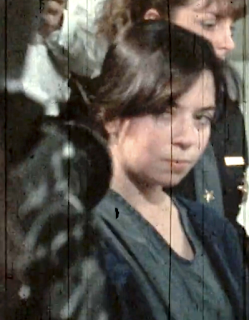 James VanBebber's Manson Family is not for the squeamish. Consider that your trigger warning.

Roger Ebert titled his review, "Disgusting but undeniably powerful." I don't know how to say it better. This film is gory art. I expected to watch ninety minutes of nonsense, make a few screen caps, type a bit of gallows humor, and move on. I could not have been more mistaken.

Patti Smith lyrics rushed through my mind during the parts of this movie my eyes refused to watch.

"I'm an American artist and I have no guilt. I seek pleasure. I seek the nerves under your skin."

You will find the film online in two seconds. I tried to buy a copy on Amazon but was unsuccessful. Van Bebber began the project in 1988. Ebert's review was published in 2004.

Links to a few VanBebber interviews are located below my screen caps. His great sense of humor comes through in his work. Severin Films released a DVD/Blu Ray combo in 2003. I've also included a few pages from a book on the film. 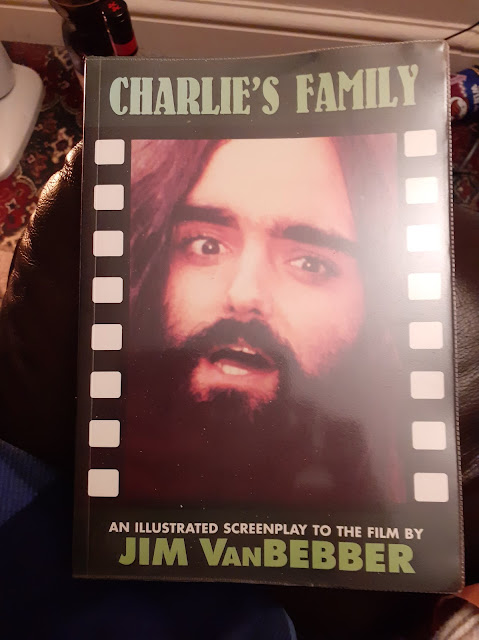 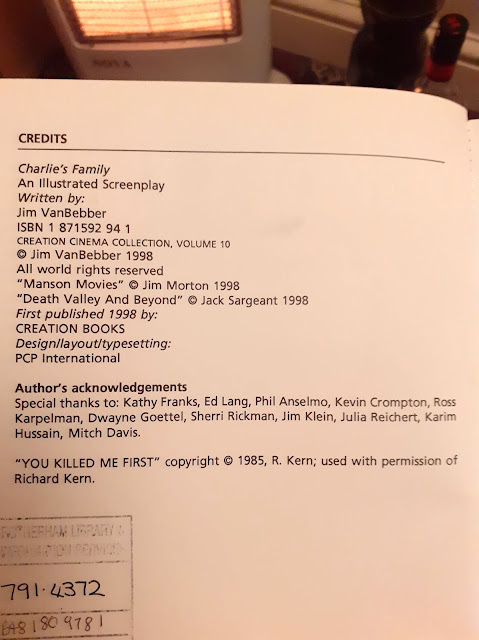 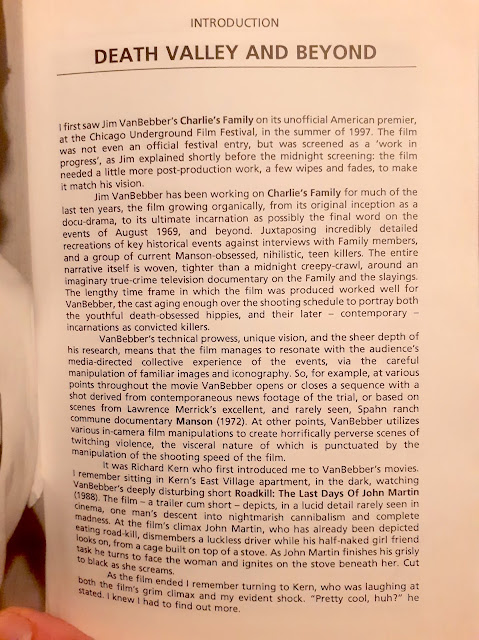 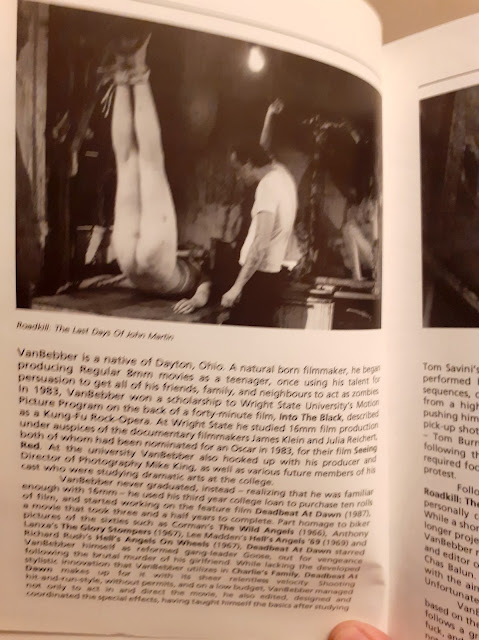 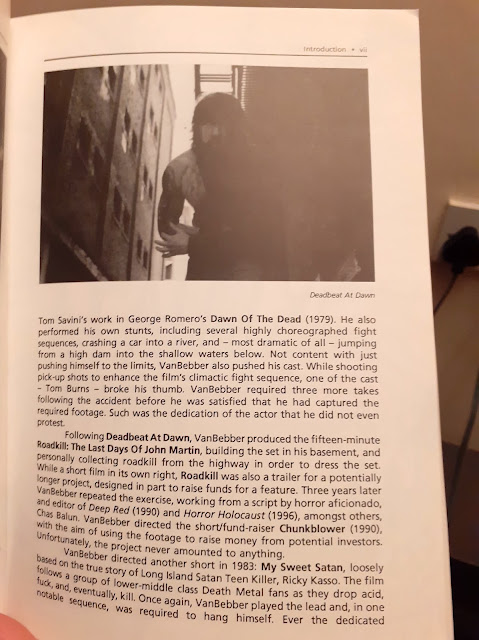 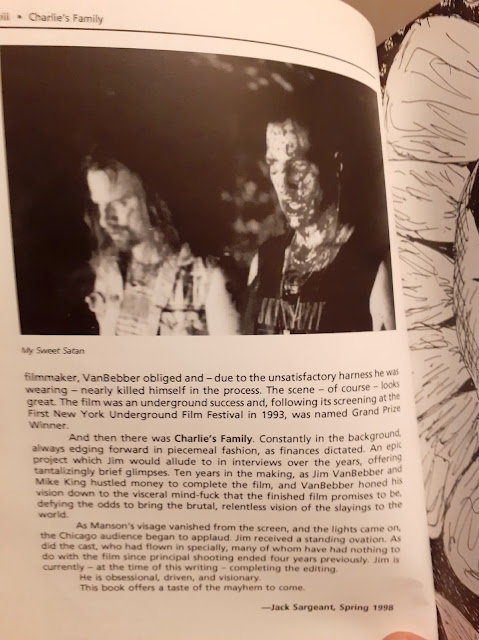 Let's go to the screen caps. First up, Brenda McCann. VanBebber plays Bobby and maybe steals his own show. Maureen Allisse as Sadie also maybe steals the show. The cast definitely works. I could list most of them as show stealers. 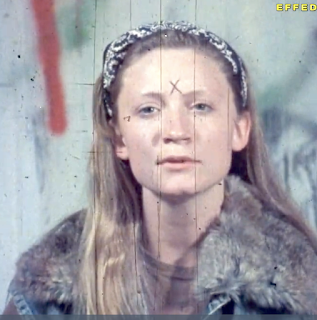 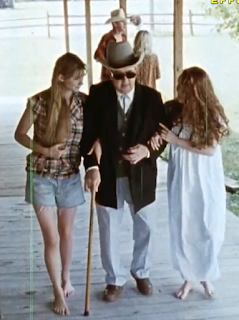 Clem and Bruce are combined into Clem Davis lol. 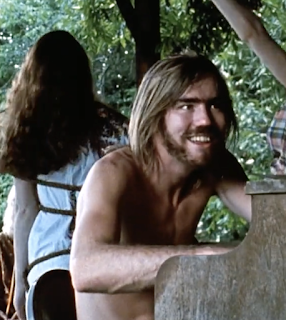 Leave. Something. Witchy. Marcelo Games is a memorable Charlie. 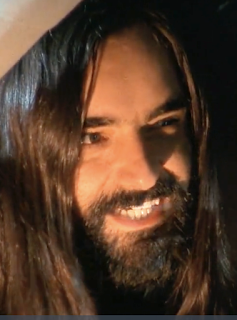 VanBebber takes Hendrickson, Helter Skelter, and other well-known interviews with the inmates, etc, runs it through a Pettibon Book of Manson filter, and adds an Olympic-size swimming pool amount of blood to his exploration of young people and their continuing infatuation with Charles Manson. The result is pop culture at its darkest.

Film club, tell me what you think. 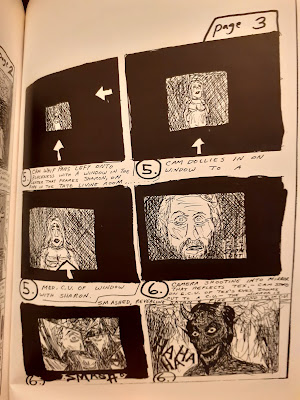 * Thanks to my homie, Al, for the page photos. Secret agent Deb also helped with this post. I'm grateful to both of them. Jimmy VB, if you Google yourself and end up here, that's me in your inbox begging for an interview.

** We have a couple of new writers joining the blog and experienced a little mixup over who was posting today. I was holding this post back for Friday but hopped in when I discovered the confusion. Real writers will be back with actual research next Monday, although I might return first this Friday with more of my nonsense.

I'm your kind. I'm your brother.

And I claim weekends as my own. +ggw