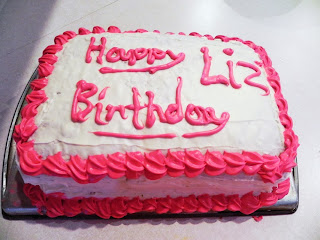 A  reader recently wrote in to let us know how his experience bidding on eBay for a walk on
role in Susanna Lo's Manson Girls: 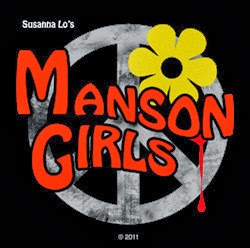 Hi, I came across your blog entry on Susanna Lo and the Manson Girls movie. She scammed me out of 2,000 dollars by selling a walk on role in the film. She is still refusing to refund me the money. The financing of the film fell apart almost two years ago and she is still maintaining an IMDB.com page and listing all these famous actors as being in the movie even though they aren’t involved. I have screen captures of the auction I bought and I have emails from the guy who ran the auction detailing all the issues with Susanna Lo. I also have an email from the manager of  (an actress) where he says (she) was no longer involved with the film because financing fell apart. But Susanna still keeps her listed as one of the people starring in the film.

Here are some of the emails: 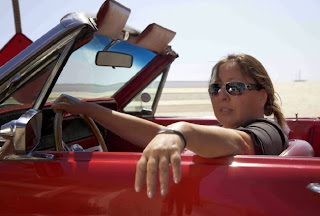 Hi, I got a message from T that you were trying to get a hold of me. I actually tried calling you last year and even left a message and emailed you c (sic) few times but never heard back so I assumed you had already worked out something with Susanna Lo. Did you change your email and number since you won the auction?

Unfortunately she will not pay you a dime as well as the other guy who won the walk on role. We advanced her a lot of money as a deposit and she refuses to give us anything and hasn't even offered to try and work it out somehow. Basically she defrauded all of us and now we are forced to sue her and her company. I really wish it didn't have to be that way but I guarantee that no one will ever invest a dime with her for the rest of her life when we are done. This is my personal email address so if you need to reach me. We may want to include you in the law suite (sic) if that's ok with you. We just want to get everyone's money back including ours. She has repeatedly told anyone who has money tied up with her that she is filming or will start up again, saying that over and over. In the meantime can you put together all of her email correspondences with you and forward me that? that would help a great deal. Thanks. "MSA"

Hi, About two years ago I paid for a walk-on role in the movie "Manson Girls". I never received what I paid for as the movie has not gone into production. The auction I bought on Ebay stated that I would be entitled to a full refund if the movie did not go into production within 18 months. I have not been able to get my money from Susanna Lo or SloMo Productions. I know that your client (the actress) was one of the producers on the film. I would like to see if you could help me get my money back since Susanna Lo refuses to cooperate. Thank you, "Eviliz Reader" 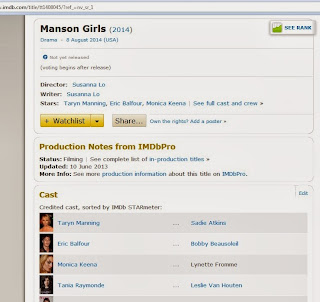 Hi– I’m sorry to hear about your situation with the production. That is truly unfortunate, but Susanna is certainly the right person to contact. (The actress) was not a producer with producing responsibilities. The production was not able to meet her financial quote. So instead, they offered her an additional “producing credit” as a way to entice her onto the project. From what I understand, the film fell apart due to lack of financing. (The actress) never worked on the project and was never paid. She has since moved on to other projects. I asked (the actress) if she had any contact information for Susanna and she informed me that all of her contact information was out of date and she did not know how to reach her. Sorry about that. I wish I could be of more help. All the best, "J"

Well! How rude, huh? Patty confirmed that "the Actress" is no longer listed on the IMDb record accessed on 10/23 (above) . Susanna is making friends all over, it seems. Perhaps she earned some bad karma by not sending Liz the T-shirt she promised? ooEEoo