Thoughts on the Tex Tapes 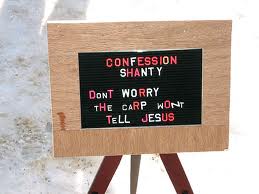 "I have no knowledge of any murders committed by the Manson family, other than those which have already been prosecuted by the authorities."

"I have never personally heard any Manson Family member speak of any bodies being buried at Barker Ranch."

"This is what CNN asked me when they requested an interview on March 26, 2008. I turned down the phone interview and a visit, but I responded to their questions by mail. I do know that no one had been buried by the Manson Family at Barker Ranch when I fled Manson two weeks before they were arrested on October 10, 1969. The only runaways I knew at Barker Ranch were Stephanie and Kathryn, a.k.a. “Kitty”. As reported above, they were picked up by the California Highway Patrol. There are only two faithful members of the old Manson family left. It stands to reason that if there were bodies buried at Barker Ranch, at least one of the rest would have come forward with reliable information during the past forty years."

Well now we can all stop worrying right?  Tex said in 2008 he knows nothing, and he would never  change his story- would he? He was a man of God by this time, and surely he would not betray his faith and all encompassing love of the lord by telling another lie???

Hmmm.... On the other hand- maybe we should NOT take him at his word. Tex has always been a self serving and looking out for himself first and foremost type of bastard. What  would he have had to gain by revelaing more than he had to? Personally- I wouldn't put a two and half timer on these tapes revealing didley scadoodle. I think the guy always had the attitude that ultimately it wasn't his fault and that life made him act the way he did, and casued him to wind up in the Circumstances he found himself in. To keep confessing makes him less a compassionate kid and more the monster he really was. I don't think he wanted people to know that, and I am not sure at that point it had sunk in to him yet how he was viewed from the outside. He probably still thought he could play the sympathetic role- hence the initial period when he feigned like he was a mute and dying...  But every once in awhile- I get hope and read something which makes me wonder what if???

What if those tapes really do say something? Would Tex really talk?????

Here are a few more words from Tex's online Biography (Will you Die for Me?) to ponder:

"Boyd was no cynic. He knew I was guilty and his intent was not to get me off. He simply believed firmly that under our system of justice every person-no matter how obvious his guilt or how horrible his crime-deserves a fair trial."

"Bill was a mild, soft-spoken man with glasses, the beginnings of baldness, and a conservative taste in his clothes. He was also, as the next nine months would prove, a tenacious fighter for what he believed was right".

"We had our first meeting the morning after my arrest, in a dingy little upstairs room at the jail, a room which would become very familiar to me over the next nine months. My parents were present, and I continued to insist that I had no idea what the warrant was all about. (Chief Davis had not yet held his press conference-it took place at 2:00 P.M. Los Angeles time.) It was only after they had gone back to Copeville that I called Boyd back and told him that there was one thing that had happened in California-I had been involved in the Tate LaBianca killings. Lawyers, like poker players, need poise - and Bill Boyd handled the moment well. We would need to talk a lot, he said."

Did Tex find someone to admire and trust?  A confidant?  Maybe... Just Maybe....