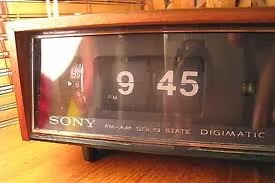 Here is my clock radio theory; not that it matters much, but nobody has ever accepted the reason given:

Parent wasn't going there to sell it; he was going there to pick it up. He left it with Garretson the first time he drove him home, which is why he knew how to get back there. First ride home he offered him the radio and Garretson wasn't sure he wanted it. So, they went back to the guesthouse and Steve showed him how it worked and told him to hang on to it, try it for a few weeks, and if he likes it he could pay then or just give it back. If he really was gay, he was also setting up another meeting with a guy who lived with rich movie stars and maybe he could get to know him better. Leaving the clock was his "in", guaranteeing another meeting.

That's why he had the gall to show up so late, and knew the way back there - he probably couldn't get a hold of Garretson and was going to either get his money or the clock back. Also kinda explains why Garretson said he made a phone call to find out the time: the clock he had now gotten used to wasn't there so he (being not exactly the brightest candle in the menorah) decided to call.

In the Bug’s book Helter Skelter he says that a phone call was made from Cielo at around 11:45 and that a friend of Parent’s ended up coming forward that it was to him. Parent was gonna stop by to help him design or decide on a stereo system. The Bug actually says that during that phone call, Parent asked him the time, and that’s probably when he set the clock radio he was showing Garretson. Well, that makes zero sense because Garretson did not want the radio, and Parent was wearing a watch as we know, because Watson cut it off of his wrist. So could he have been comparing the times on his watch to the clock radio because it was off from his last visit (and was wondering what one was off)? Or, was the Bug just seeing more into it? Simply a conversation like we all have:

One thing we do know is, Garretson NEEDED a clock or he wouldn’t have said he tried to call to check the time later. Either, he left Bill the clock on the first visit so he could try it out, or it came up in conversation and he promised to bring one by when he got one. Whatever clock was there in that room, Rudy probably took with him. But it wasn’t out of the blue, it WAS something that Garretson needed.

When originally talking to the cops he explained Steve was there to sell a clock radio but didn't explain he already had it, Steve was just getting it back and since it didn't matter, he never corrected it.

Police: "Why did Steve come to your house that night?"
Bill: "to sell me a clock radio."
Police: "what time did he arrive?"

The Bug could have known it but by then it wouldn't have mattered anyway, so why correct it and make police look dumb if it’s what really took place? They already looked dumb on several points.

Think of all the things Steve had to do: drive up there, find the button, know where to park, where the path is, where the guesthouse is. Makes no sense he would do that out of the blue like that unless he had been back there before and had a legitimate reason to return.

Also explains why the time was set. He wouldn't plug it in to show Garretson how it works if he didn't want it. And setting the time makes no sense anyways just to show someone it works, unless you stay for a day to see it keep proper time you would just show that the numbers roll over. Why set it?

He unplugged it and the time was set because it was being used for a week or weeks already. "Time to go, better grab my clock" - unplugs it at the precise moment he left, he didn't set it. It was already set and in use for weeks.

This just hit me one day when a friend did the same thing with me with a tablet. He said, "Just keep and try it a few weeks. If you don't like it just give it back" and it was like lightning stuck me.

So I really think all these years of speculation on what a crazy and unbelievable thing it was for a guy to show up out of the blue with a clock radio to sell to someone he barely knew might not be so crazy after all. He sold and serviced radios and stereos. Garretson needed one. Could be no more complicated as either, "try this out and if you don’t like I will just take it back", or " I will keep my eyes out, when a clock radio comes available I will bring it by your place".  I think he left it there the first time he was up there, because finding his way back late on a Friday night would be very nervy and kinda hard to do. So either way, he really must have been at the guesthouse before. He probably hadn’t heard from Bill and just wanted his clock or his money.