From friend of the blog, Cuntrytrash:

"Manson pumped gas here in ‘59 before he went back to prison, in Baker, California. He said his mother worked as a waitress at the cafe next door. This building is the remnants of what was the Dad Fairbanks (who founded Baker and Shoshone, California) Big Blue Baker Service. A very small part of the service station still stands, but is some weird head shop now. 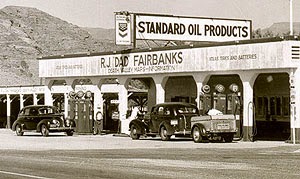 When Charlie was there, he said it was called "Standard Oil". 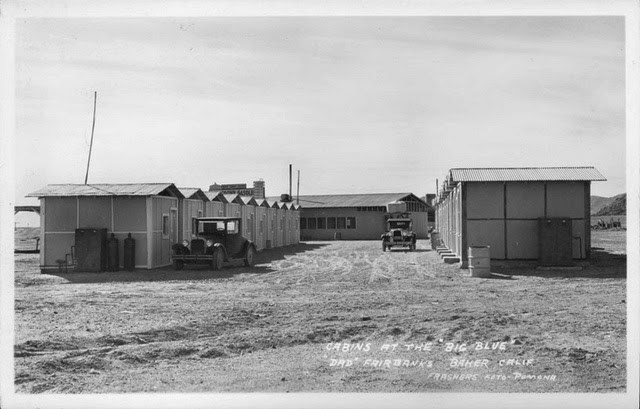 He said he lived in a cabin out back with his mother: some foundations of the cabins still exist, but they are long gone. The road that is visible towards the right of the "now" aerial photo, below, goes to Tecopa/Shoshone. So, he was in the area long before ‘69. 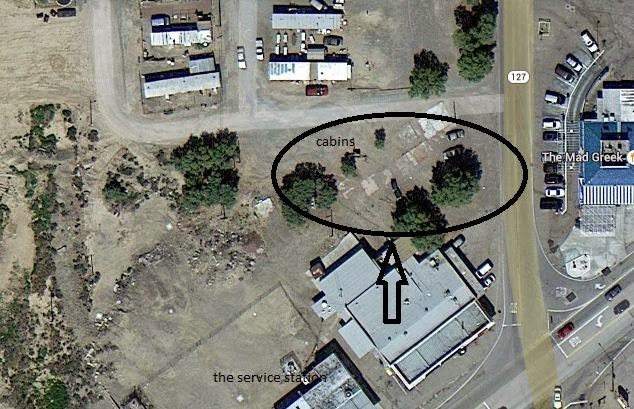 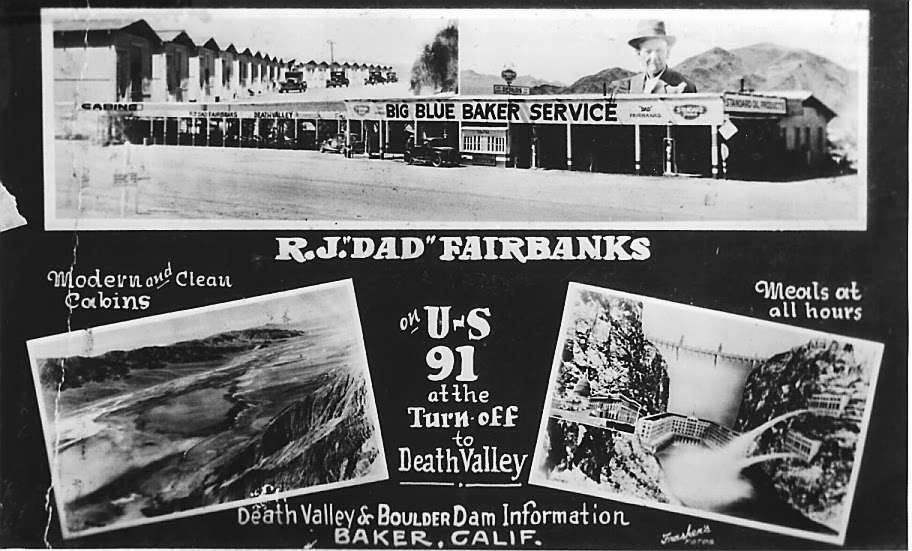 Big Blue was a gas station, cafe and cabins all in one. In the beginning it was the only business there. 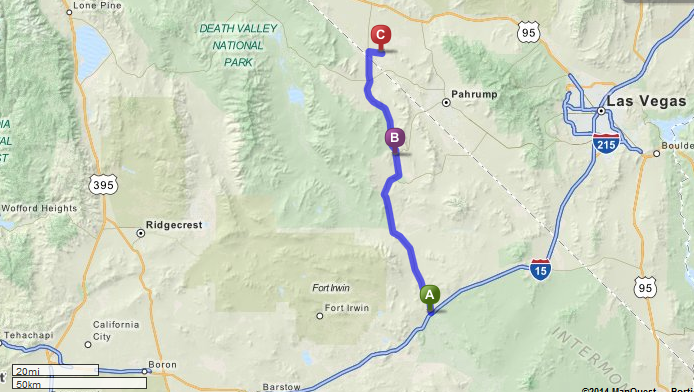 Fairbanks founded three places Manson went: Baker (A on the map at right), Shoshone (B) and Ash Meadows (C, where Devil's Hole is at).  Fairbanks learned they were putting in a highway and gave Shoshone to his son-in-law Charles Brown, and moved to what he named Baker to capitalize on the highway... which is 58 miles from Shoshone. Kind of cool."

Yes, Cuntry! That is really cool. Thanks for sharing what you have learned with our readers.