This July 3rd Ariana was murdered in Denver Colorado where she was living.  The details are slim, Ariana was stabbed to death in the South Park Hill neighborhood and was pronounced dead at 5:45 AM on the 3rd.

On July 7th police arrested Jose Maria Sandoval-Romero, 24, in Colorado Springs for the crime.  He has been charged with first degree murder.  The arrest affidavit remains sealed and a mug shot of the suspect has not been released because the investigation is ongoing.

Feelers are out for more information and hopefully we can update the post.

Our sincerest condolences to Suzan and Ariana's father.  It's unimaginable to lose both a mother and daughter in the same horrific manner. 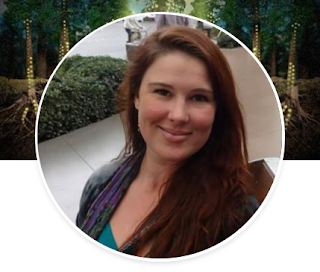 Thanks to blog reader Chef Chris for the tip.

DENVER (CBS4) – Fingerprints found on a cup helped lead detectives to the suspect in a Denver homicide. The Denver District Attorney’s Office announced on Thursday that Jose Sandoval-Romero is under arrest and facing a murder charge in the fatal stabbing of 40-year-old Ariana Wolk earlier this month.

Wolk was killed on July 3 in her apartment on the 1500 block of Oneida Street, just off East Colfax Avenue. First responders found her lying in a pool of blood in her bed and said she had been stabbed in the neck.

Authorities said they reviewed video from the night of the murder that showed Sandoval-Romero and Wolk together. Sandoval-Romero was holding a cup in the video. That cup was found in Wolk’s yard and fingerprints of Sandoval-Romero’s that were allegedly found on the cup helped detectives pinpoint him as a suspect.

A statement from the DA’s office indicates Sandoval-Romero confessed to the crime. Authorities say he told investigators that he ditched his clothes, which got bloody during the crime, and fled to Colorado Springs afterwards. 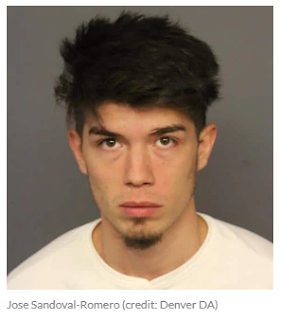 There have been two Go Fund Me pages created by Ariana's sister Rommi to help with funeral expenses and to set up a fund for Ariana's son.

This one is for Ariana's son.

This one is for the funeral expenses.

Thanks, Panamint Patty for letting us know about the pages.
Posted by DebS at 12:01:00 AM 65 comments