The Unanswered Questions of the Spahn Ranch mini-raid of July 28, 1969

In the early hours of July 28th, about three or four Los Angeles Sheriff's patrol cars, at least one from the LAPD, and possibly two more from the California Highway Patrol showed up at Spahn Ranch, investigating stolen cars.  Only ranch hand Johnny Swartz was arrested--for having false license plate on his car.


There are a number of unusual things about this raid, leaving questions which were never answered.

--Was Charlie tipped off to the raid?

He was right there to greet the cops before they even entered the property.  From Sanders' The Family, pg250:

"He(Manson) had concealed himself and his dune buggy in underbrush near the turnoff from Topanga Canyon Boulevard onto Santa Susanna Pass Road, awaiting the invasion of hostile forces."


--How did Charlie get away with threatening the cops without getting his ass beat?

http://www.cielodrive.com/manson-case-files/BOX-30.pdf?fbclid=IwAR3X_Jd5u7Wyd1RIL6JfmGX0YkmzWJ6ERH2NhpQxLV767nS8aivttzhmZWU
Box 30  pg112of738
Appellant Manson further said that he respected the police and due to this respect, he could kill Deputy Olmstead at any time he wanted.  He also said that all he had to do was to drive up next to Deputy Olmstead at a stop sign, stick a shotgun out of the window and blow his head off. ...  Appellant Manson said .. that there were guns trained on the deputies from the hills around them and that, at appellant Manson's command, they could be wiped out.


--How and why did the LAPD get involved?

SPAHN RANCH RAID REPORT
"On August 1, 1969, your affiant received information from Deputy Samuel J. Olmstead, #2504, LASO, that at approximately 1:10 a.m. on July 28, 1969, he had received a call from LAPD Dispatcher reporting one of their units requests a Sheriff's unit on Topanga Canyon just north of Chatsworth Street regarding possible stolen vehicles. At approximately 2:30 a.m., Car 102 requested assistance from 100-5, 101, and CID units in the area. Unit arrived at location at approximately 3:15 a.m. and Deputy E.A. Loobey, #2585, advised that LAPD had run two vehicles at the Spahn Ranch, and both had come back as stolen.

murdersofaugust69.freeforums.net/thread/634/laso-spahn-ranch-report-august
Officer Williams, #13814, LAPD, Devonshire Division. Officer Williams stated that within the last two weeks(on July 28th) he and his partner were on duty at the Spahn Ranch in a marked police vehicle.

The LAPD admits they were at that time investigating the Ranch:

murdersofaugust69.freeforums.net/thread/634/laso-spahn-ranch-report-august
Your affiant has also learned that the Los Angeles Police Department Headquarters Auto Theft is also conducting an investigation at the ranch.


--Why did the LAPD only 'run' the plates on two of the cars there?  Did cops come back the next day to continue their investigation?


--Which two cars were they talking about?

One is tempted to think at least one of them was Hinman's Fiat or VW van. 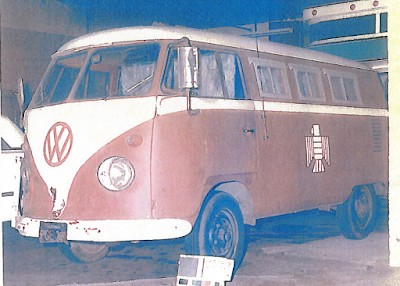 --Why would Bugliosi claim it was the Fiat that was seen at the ranch?

Bugs addresses the July 28 mini-raid on Spahn in a brief footnote(Helter Skelter, pg139), which says:

"...on July 28, two LASO deputies--Olmstead and Grap--visited Spahn Ranch on another matter. While there they saw the Fiat, ran a spot check on the license, and learned that it belonged to Gary Hinman." 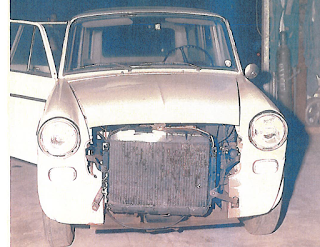 Every other account of the raid claims it was the VW minibus that the Deputies found at Spahn. But if Bugs had said that, he would have had to explain why they didn't notice that this car had been hot-wired.  Which would of course have been evidence that this was a stolen car, and would have been quickly connected to a murder victim.

It is probably not coincidental that Manson quickly got rid of the VW after this raid:

www.mansonblog.com/search?q=Arneson
Mark Arneson got the bus for free from Manson in late July or early Aug. "Manson.... showed Arneson how to hot-wire the car and started it." 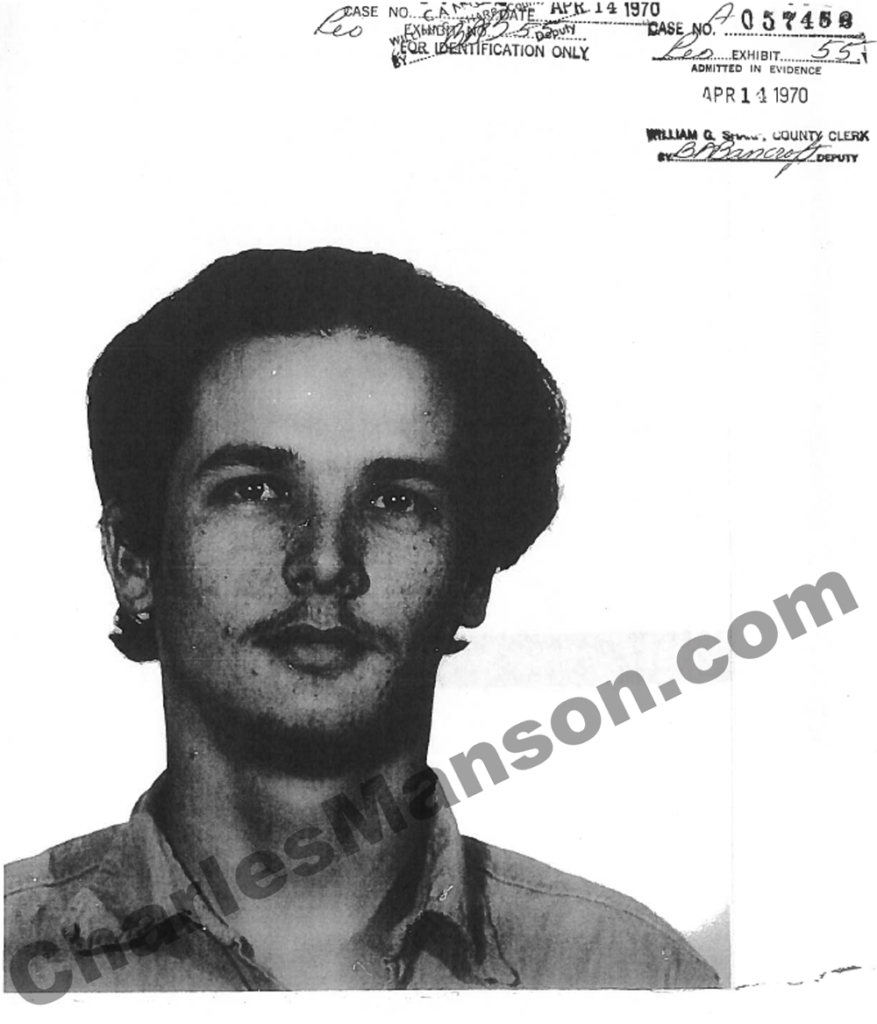 Helter Skelter, pg139
"Grap knew Hinman; he also knew he was a friend of the people at Spahn Ranch, and therefore didn't feel there was anything suspicious about the station wagon's being there. At this time, although Hinman was dead, his body had not yet been discovered.
After the discovery of the body on July 31, LASO put out a "want" on Hinman's vehicles. Grap didn't learn of it, or Hinman's death, until much later. If he had known, of course, he could have directed the investigation to Spahn Ranch, and the Manson Family months before Kitty Lutesinger implicated Atkins and the others."

And how exactly did Grap "know" Hinman?   Was it through official Sheriff's business?

The other seven to nine officers there participating in the raid didn't make the connection either.  Maybe the Malibu area at that time was a hotbed of murder activity, and the Hinman name got lost in the shuffle.

I find all this hard to believe.  To me this is just another example of Charlie using his 'Get out of Jail Free' card.

--Is the mini-raid the reason Charlie had Bobby go back to the Hinman crime scene to make sure they left no traces of their involvement, including removing the bloody writing on the wall?  Is that why Beausoleil, Manson, and Davis suddenly left town?  (All three were caught in the raid on July 28th.)

The raid occurred just hours after the murder of  Hinman.  Having cops show up asking about Gary must have seriously freaked out the killers.